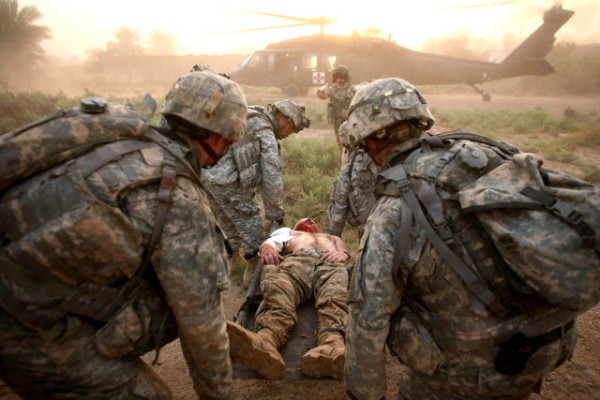 Veterans Day arrives tomorrow, and with it, the anticipated harvest of heartbreaking anecdotes driving the press coverage and our ever wandering attention back to less desirable realities: the disfigured but persevering hero, the homeless warrior, the unemployable sergeant, the father or son or daughter who came home a stranger and cannot be reached.

Usually, there is nothing more powerful than a personal story to pound home the cost of eight years of war overseas, but I think today there is something even more disturbing to bear.

As of Nov. 9, that’s how many American casualties there were in Iraq and Afghanistan since Oct. 7, 2001, when the Afghan war officially began. That includes a tire-screeching 75,134 dead, wounded-in-action, and medically evacuated due to illness, disease, or injury in Operation Iraqi Freedom (OIF), and 14,323 and counting in Afghanistan, or Operation Enduring Freedom (OEF). [continued…]