Our timeline, and the Taliban’s
By Max Hastings, New York Times, December 4, 2009

It is hard to be optimistic about the outcome of President Obama’s troop “surge” in Afghanistan. The additional forces sound large in headlines, but shrink small in the mountains. The commitment is intended as an earnest indication of America’s will. But neither the number of troops nor the timeline that mandates a drawdown in less than two years is likely to impress the Taliban, who think in decades, or for that matter the Afghan people.

Most decision-makers on both sides of the Atlantic now privately believe we are in the business of managing failure, and that is how the surge looks. The president allowed himself to be convinced that a refusal to reinforce NATO’s mission in Afghanistan would fatally weaken the resolve of Pakistan in resisting Islamic militancy. Meanwhile at home, refusal to meet the American generals’ demands threatened to brand him as the man who lost the Afghan war. Thus the surge lies in the realm of politics, not warfare. [continued…]

Editor’s Comment — “July 2011 is not a withdrawal date, but a specific target date for beginning to transition security responsibility to Afghan forces, the chairman of the Joint Chiefs of Staff said on several morning talk shows today,” the Pentagon says.

“The withdrawal of U.S. forces from Afghanistan, scheduled to begin in July 2011, will ‘probably’ take two or three years, Defense Secretary Robert M. Gates said Thursday, although he added that ‘there are no deadlines in terms of when our troops will all be out’,” the Washington Post reports.

So, on the one hand we have defense chiefs emphasizing the caveats but on the other a White House has that date “etched in stone” — the date is “locked in,” and, as the Los Angeles Times notes, the proposed date “would make it such that the withdrawal of troops would begin just as the campaign for the 2012 presidential election was heating up.”

Hmmm. Sounds like a campaign theme: “the troops are coming home” — “no more re-deployments”. The war itself might not be over, but for each American soldier heading home the war will be over.

Still, there are those who haven’t let go of the idea that this war can be won.

Seth Jones, author of In the Graveyard of Empires: America’s War in Afghanistan and a civilian adviser to the US military sees victory (or failure) hinging on Baluchistan:

The United States and Pakistan must target Taliban leaders in Baluchistan. There are several ways to do it, and none requires military forces.

The first is to conduct raids to capture Taliban leaders in Baluchistan. Most Taliban are in or near Baluchi cities like Quetta. These should be police and intelligence operations, much like American-Pakistani efforts to capture Khalid Shaikh Mohammed and other Qaeda operatives after 9/11. The second is to hit Taliban leaders with drone strikes, as the United States and Pakistan have done so effectively in the tribal areas.

The cost of failing to act in Baluchistan will be enormous. As one Russian diplomat who served in the Soviet Army in Afghanistan recently told me: “You are running out of time. You must balance counterinsurgency efforts in Afghanistan by targeting the leadership nodes in Pakistan. Don’t make the same mistake we did.”

The Cold War ensured that Baluchistan remained a safe haven in the ’80’s and there are compelling reasons why Pakistan will want it to remain off limits now.

Jones’ suggestion that Taliban leaders in Baluchistan can be hit with drone strikes seems a bit fanciful and it’s also odd that he doesn’t regard the use of drones as use of military forces.

Among the many good reasons for taking refuge in a city rather than an isolated tribal compound is that there really is safety in numbers. The death toll from any missile strike would be intolerably high in the eyes of Pakistanis and their government. As for policing operations, I suspect that the sympathies of the local population would likewise make that option unfeasible.

Meanwhile, the Pakistan government will depend on maintaining a certain level of goodwill among the Baluchis if Pakistan is to ever succeed in building the Iran-Pakistan-India pipeline — a pipeline destined to run right through Baluchistan.

But irrespective of whether the Pakistani government gives its consent to the US opening a new front in its clandestine war, it appears that preparations are being made to expand the campaign of drone attacks and the New York Times is playing its part to create a permissive environment here if not in Baluchistan itself.

Scott Shane refers to CIA drone operators in Virginia as “sharpshooters” who killed eight Taliban and al Qaeda suspects two weeks ago. He goes on to quote a government official who claims that as a result of approximately 80 missile strikes over two years, “We believe the number of civilian casualties is just over 20, and those were people who were either at the side of major terrorists or were at facilities used by terrorists.”

While Shane acknowledges that that number is “strikingly lower than many unofficial counts,” he does not mention the reporting by Jane Mayer in The New Yorker who provided this characterization of the drone attacks:

…the recent campaign to kill Baitullah Mehsud offers a sobering case study of the hazards of robotic warfare. It appears to have taken sixteen missile strikes, and fourteen months, before the C.I.A. succeeded in killing him. During this hunt, between two hundred and seven and three hundred and twenty-one additional people were killed, depending on which news accounts you rely upon.

If in the coming months there are even larger death tolls in Baluchistan, Americans might yet again later realize that it’s worth knowing a bit of history about a people before you start killing them.

Chris Zambelis, an analyst for the Jamestown Foundation, provides a useful background report:

Reports that the U.S. is seeking Pakistan’s approval for expanding its controversial drone campaign against targets in Balochistan – a clear red line for Pakistan – have raised serious concerns in Islamabad about Washington’s ultimate intentions. As the Obama administration escalates its military campaign in Afghanistan, Pakistani leaders have expressed deep concerns about the potential destabilization of Balochistan resulting from the intensified fighting expected in Afghanistan in the coming months. As if these concerns were not enough, Balochistan remains a hotbed of ethno-nationalist militancy, drug smuggling, and organized crime. Balochistan is also in the throes of a refugee crisis that has been largely ignored. The confluence of these trends – which indirectly or directly reinforce each other – is making an already dangerous situation worse with severe implications for Pakistan and the wider region. 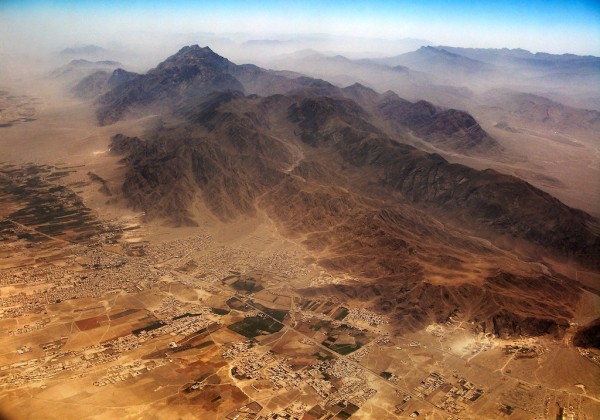