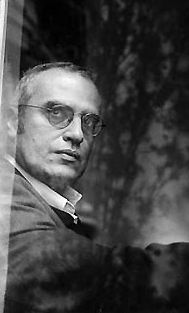 Time magazine reports: Richard Millet is an accomplished figure in French literature. His le Sentiment du Langue (The Feeling of Language) won the Académie Française’s 1994 essay award. His work as an editor for celebrated publisher Gallimard, meanwhile, helped produce two recent Goncourt winners—including the 2006 novel les Bienveillantes (The Kindly Ones) by American author Jonathan Littell. Now, however, Millet is getting attention of an entirely different kind with a new work attacking immigration and multi-culturalism, and describing the acts of convicted Norwegian multi-murderer Anders Behring Breivik as “formal perfection…in their literary dimension.”

That bookish qualifier, says newsweekly l’Express in its critique of Millet’s new essay, Eloge Littéraire d’Anders Breivik (Literary Elegy of Anders Breivik), is a “gratuitous façade” for an otherwise “vindictive text” and thesis. Indeed, though Millet states he does not approve of Breivik’s murderous action July 22, 2011 that left 77 innocent people dead, he does write the slaughter was “without doubt what Norway deserved.” The reason? Norway, Millet contends, allowed immigration, multi-culturalism, and the domination of foreign customs, language, and religion to become such dominant influences that a self-designated defender of traditional society felt compelled to take decisive action.

“Multi-culturalism as it has been imported from the United States is the worst thing possible for Europe…and creates a mosaic of ghettoes in which the [host] nation no longer exists,” Millet told France Info radio Aug. 27. “Breivik, I believe, perceived that, and responded to that question with the most monstrous reply.”

Little wonder that such views — published just as Breivik was being sentenced Aug. 24 — have sparked controversy in France. As word of Millet’s writing spreads, so, too, may the objections it has inspired.

If so, that may only serve to reinforce Millet’s accusations that most of Europe — and indeed the West — is dominated by the same attitudes that motivated Breivik’s attack. Breivik, Millet writes, is “an exemplary product of Western decadence,” and a “child of the ideologico-racial fracture that extra-European immigration has introduced in Europe.” Because he sees the resulting “loss of national identity” and “Islamization of Europe” decaying “Christian roots” everywhere, Millet appears to believe acts similar to Breivik’s may be replicated outside Norway as well. [Continue reading…]