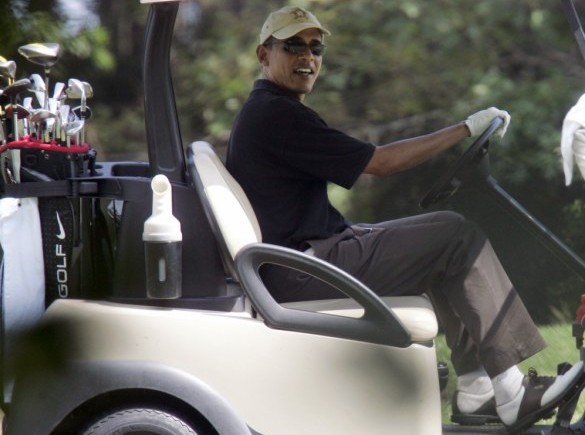 … health care reform, while an overdue imperative, still is overshadowed in existential urgency by the legacies of the two devastating cataclysms of the Bush years, 9/11 and 9/15, both of whose anniversaries we now mark. The crucial matters left unresolved in the wake of New York’s two demolished capitalist icons, the World Trade Center and Lehman Brothers, are most likely to determine both this president’s and our country’s fate in the next few years. Both have been left to smolder in the silly summer of ’09.

As we approach the eighth anniversary of the war that 9/11 bequeathed us in Afghanistan, the endgame is still unknown and more troops are on their way. Though the rate of American casualties reached an all-time high last month, the war ranks at or near the bottom of polls tracking the issues important to the American public. Most of those who do have an opinion about the war oppose it (57 percent in the latest CNN poll released on Sept. 1) and oppose sending more combat troops (56 percent in the McClatchy-Ipsos survey, also released on Sept. 1). But the essential national debate about whether we really want to double down in Afghanistan — and make the heavy sacrifices that would be required — or look for a Plan B was punted by the White House this summer even as the situation drastically deteriorated.

No less unsettling is the first-anniversary snapshot of 9/15: a rebound for Wall Street but not for the 26-million-plus Americans who are unemployed, no longer looking for jobs, or forced to settle for part-time work. Some 40 million Americans are living in poverty. While these economic body counts keep rising, tough regulatory reform for reckless financial institutions, too-big-to-fail and otherwise, seems more remote by the day. Last Sunday, Jenny Anderson of The Times exposed an example of Wall Street’s unashamed recidivism that takes gallows humor to a new high — or would were it in The Onion, not The Times. Some of the same banks that gambled their (and our) way to ruin by concocting exotic mortgage-backed securities now hope to bundle individual Americans’ life insurance policies into a new high-risk financial product built on this sure-fire algorithm: “The earlier the policyholder dies, the bigger the return.”

When we look back on these months, we may come to realize that there were in fact “death panels” threatening Americans all along — but they were on the Afghanistan-Pakistan border and on Wall Street, not in the fine print of a health care bill on Capitol Hill. Obama’s deliberative brand of wait-and-then-pounce leadership let him squeak — barely — through the summer. The real crises already gathering won’t wait for him to stand back and calculate the precise moment to spring the next Do-or-Die Speech. [continued…]

Big crowd. Do not believe any description that says “thousands.” If there weren’t at least a healthy six figures there, I will permanently revoke my head-counting license.

Nineteen out of 20 signs were hand-made. My favorite was “Stop spending our tacos. I love tacos.” The most popular were variations on “Don’t tread on me,” “You lie,” complaints about Obama’s “socialism,” warnings about the 2010 elections, references to the deficit or big spending, critiques of Obamacare, and (especially) cracks about various czars (including not a few that equated czars with Soviet Communism). Godwin’s Corollary was satisfied on multiple occasions, including “Hitler gave great speeches, too,” “the Nazis did national health care first,” and someone comparing Obama’s 2009 with Hitler’s 1939 (alas, we didn’t get to ask him whether America was about to invade Poland). Michael Moynihan did have a nice chat about George Marshall with the fellow holding a sign saying “McCarthy was right.” There was an “Obama bin lyin,” “Feds = treason,” “Birth certificate,” and “Glen Beck for president.” Greatly outnumbering such things were references to the constitution, taking our country back, and so forth. [continued…]

Editor’s Comment — Claims that the tea-party turnout has been wildly exaggerated are, to my mind, a strange way of responding to a disturbing trend. Glenn Beck’s followers might be misinformed and delusional but they are not so marginal that they can be ignored. Let’s be blunt: he’s galvanized more support for his crazed movement than America’s antiwar movement brought together in opposition to the war in Iraq.

Should Obama respond and if so how?

Invite Glenn Beck, along with Dick Armey and Matt Kibbe from FreedomWorks, to The White House. Let these self-appointed leaders of the white people present their case to the president. I’d be surprised if they did not find some way of weaseling out of accepting the invitation, but if they did meet, I’d be fascinated to hear what they would actually have to say.

If a hundred thousand or more people (and yes, I think it would take that many to fill Pennsylvania Avenue), take the trouble of coming to Washington, they deserve to have their presence acknowledged and their grievances heard. After all, isn’t this a president who campaigned on his willingness to talk to his enemies? Frankly, I think Obama has everything to gain and nothing to lose by having such a meeting. His opponents on the other hand are much more comfortable shouting invective from a distance than they would be trying to muster some intelligence face-to-face with their nemesis.