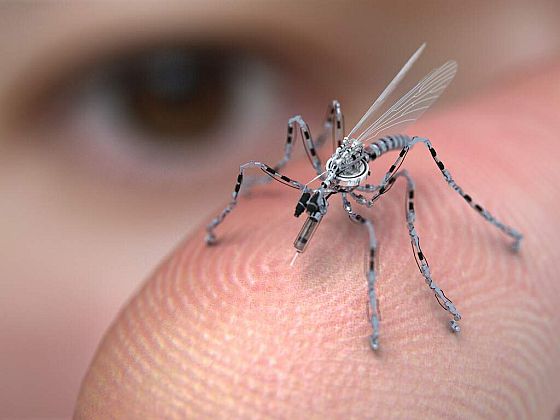 Andrew Hessel, Marc Goodman and Steven Kotler write: This is how the future arrived. It began innocuously, in the early 2000s, when businesses started to realize that highly skilled jobs formerly performed in-house, by a single employee, could more efficiently be crowd-sourced to a larger group of people via the Internet. Initially, we crowd-sourced the design of T‑shirts (Threadless.com) and the writing of encyclopedias (Wikipedia.com), but before long the trend started making inroads into the harder sciences. Pretty soon, the hunt for extraterrestrial life, the development of self-driving cars, and the folding of enzymes into novel proteins were being done this way. With the fundamental tools of genetic manipulation—tools that had cost millions of dollars not 10 years earlier — dropping precipitously in price, the crowd-sourced design of biological agents was just the next logical step.

In 2008, casual DNA-design competitions with small prizes arose; then in 2011, with the launch of GE’s $100 million breast-cancer challenge, the field moved on to serious contests. By early 2015, as personalized gene therapies for end-stage cancer became medicine’s cutting edge, virus-design Web sites began appearing, where people could upload information about their disease and virologists could post designs for a customized cure. Medically speaking, it all made perfect sense: Nature had done eons of excellent design work on viruses. With some retooling, they were ideal vehicles for gene delivery.

Soon enough, these sites were flooded with requests that went far beyond cancer. Diagnostic agents, vaccines, antimicrobials, even designer psychoactive drugs — all appeared on the menu. What people did with these bio-designs was anybody’s guess. No international body had yet been created to watch over them.

So, in November of 2016, when a first-time visitor with the handle Cap’n Capsid posted a challenge on the viral-design site 99Virions, no alarms sounded; his was just one of the 100 or so design requests submitted that day. Cap’n Capsid might have been some consultant to the pharmaceutical industry, and his challenge just another attempt to understand the radically shifting R&D landscape — really, he could have been anyone — but the problem was interesting nonetheless. Plus, Capsid was offering $500 for the winning design, not a bad sum for a few hours’ work.

Later, 99Virions’ log files would show that Cap’n Capsid’s IP address originated in Panama, although this was likely a fake. The design specification itself raised no red flags. Written in SBOL, an open-source language popular with the synthetic-biology crowd, it seemed like a standard vaccine request. So people just got to work, as did the automated computer programs that had been written to “auto-evolve” new designs. These algorithms were getting quite good, now winning nearly a third of the challenges.

Within 12 hours, 243 designs were submitted, most by these computerized expert systems. But this time the winner, GeneGenie27, was actually human — a 20-year-old Columbia University undergrad with a knack for virology. His design was quickly forwarded to a thriving Shanghai-based online bio-marketplace. Less than a minute later, an Icelandic synthesis start‑up won the contract to turn the 5,984-base-pair blueprint into actual genetic material. Three days after that, a package of 10‑milligram, fast-dissolving microtablets was dropped in a FedEx envelope and handed to a courier.

Two days later, Samantha, a sophomore majoring in government at Harvard University, received the package. Thinking it contained a new synthetic psychedelic she had ordered online, she slipped a tablet into her left nostril that evening, then walked over to her closet. By the time Samantha finished dressing, the tab had started to dissolve, and a few strands of foreign genetic material had entered the cells of her nasal mucosa.

Some party drug — all she got, it seemed, was the flu. Later that night, Samantha had a slight fever and was shedding billions of virus particles. These particles would spread around campus in an exponentially growing chain reaction that was—other than the mild fever and some sneezing — absolutely harmless. This would change when the virus crossed paths with cells containing a very specific DNA sequence, a sequence that would act as a molecular key to unlock secondary functions that were not so benign. This secondary sequence would trigger a fast-acting neuro-destructive disease that produced memory loss and, eventually, death. The only person in the world with this DNA sequence was the president of the United States, who was scheduled to speak at Harvard’s Kennedy School of Government later that week. Sure, thousands of people on campus would be sniffling, but the Secret Service probably wouldn’t think anything was amiss.

It was December, after all—cold-and-flu season.

The scenario we’ve just sketched may sound like nothing but science fiction — and, indeed, it does contain a few futuristic leaps. Many members of the scientific community would say our time line is too fast. But consider that since the beginning of this century, rapidly accelerating technology has shown a distinct tendency to turn the impossible into the everyday in no time at all. Last year, IBM’s Watson, an artificial intelligence, understood natural language well enough to whip the human champion Ken Jennings on Jeopardy. As we write this, soldiers with bionic limbs are returning to active duty, and autonomous cars are driving down our streets. Yet most of these advances are small in comparison with the great leap forward currently under way in the biosciences — a leap with consequences we’ve only begun to imagine.

More to the point, consider that the DNA of world leaders is already a subject of intrigue. According to Ronald Kessler, the author of the 2009 book In the President’s Secret Service, Navy stewards gather bedsheets, drinking glasses, and other objects the president has touched — they are later sanitized or destroyed — in an effort to keep would‑be malefactors from obtaining his genetic material. (The Secret Service would neither confirm nor deny this practice, nor would it comment on any other aspect of this article.) And according to a 2010 release of secret cables by WikiLeaks, Secretary of State Hillary Clinton directed our embassies to surreptitiously collect DNA samples from foreign heads of state and senior United Nations officials. Clearly, the U.S. sees strategic advantage in knowing the specific biology of world leaders; it would be surprising if other nations didn’t feel the same.

While no use of an advanced, genetically targeted bio-weapon has been reported, the authors of this piece — including an expert in genetics and microbiology (Andrew Hessel) and one in global security and law enforcement (Marc Goodman) — are convinced we are drawing close to this possibility. Most of the enabling technologies are in place, already serving the needs of academic R&D groups and commercial biotech organizations. And these technologies are becoming exponentially more powerful, particularly those that allow for the easy manipulation of DNA. [Continue reading…]