The morning after claiming the Democratic nomination, Senator Barack Obama spoke to skeptical members of a pro-Israel lobby and made a pledge that some of them found pleasantly surprising: “Jerusalem will remain the capital of Israel, and it must remain undivided.”

That statement generated a storm of controversy in the Middle East, with one Kuwaiti daily calling it “a slap in the face” to Arabs. And over the last 24 hours, as Mr. Obama and his campaign have sought to explain his initial remarks, and suggested that an undivided Jerusalem would be hard to achieve, they have been accused of backtracking, which has generated a new round of criticism, this one here at home among Jewish groups. [complete article] 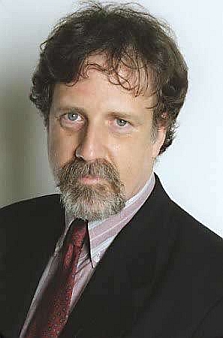 The Wikipedia entry for New York Times reporter, Larry Rohter, notes that he has been “criticized in various fora for sloppy journalism, including the use of questionable sources and shallow understanding of the local politics of the areas he covered.”

Rohter writes that Obama “suggested that an undivided Jerusalem would be hard to achieve”. The reporter reiterates this further into the article:

In an interview with CNN on Thursday, Mr. Obama was asked about criticisms from the Arab world, and whether his remarks meant that Palestinians had no claim to Jerusalem.

“Well,” he replied, “obviously it’s going to be up to the parties to negotiate a range of these issues,” including the status of Jerusalem.

While restating his support for an undivided city, he also said, “My belief is that, as a practical matter, it would be very difficult to execute.”

In fact, Obama said the opposite. This is from the transcript of the interview with CNN’s Candy Crowley:

CROWLEY: I want to ask you about something you said in APAC yesterday. You said that Jerusalem must remain undivided. Do the Palestinians have no claim to Jerusalem in the future?

OBAMA: Well, obviously, it’s going to be up to the parties to negotiate a range of these issues. And Jerusalem will be part of those negotiations.

CROWLEY: But you would be against any kind of division of Jerusalem?

OBAMA: My belief is that, as a practical matter, it would be very difficult to execute. And I think that it is smart for us to — to work through a system in which everybody has access to the extraordinary religious sites in old Jerusalem but that Israel has a legitimate claim on that city.

Is Rohter ignorant about the outcome of the Six-Day War in 1967? Or is this just sloppy weekend reporting? Buried on the inside pages – who’s going to read it anyway? What’s it matter if the paper of record gets the record wrong?