Last week, Republican presidential candidate John McCain called for a commission to “find out what went wrong” on Wall Street. It was an excellent suggestion: Public inquiries into Wall Street practices served the country well in the 1930s.

And Mr. McCain has a special advantage to bring to any such investigation — many of the relevant witnesses are friends or colleagues of his. In fact, he can probably get to the bottom of the whole mess just by cross-examining the people riding on his campaign bus. So the candidate should take a deep breath, remind himself that the country comes first, pull the Straight Talk Express over at a rest stop, whistle up his media pals, and begin.

Topic A should be deregulation. Financial institutions are dropping everywhere after playing with poorly regulated financial instruments; the last investment banks standing are begging the government for stricter oversight; and some of our nation’s leading champions of laissez faire have ditched that theory in an extraordinary attempt to rescue the collapsing industry.

The philosophy of government that has dominated Washington for almost three decades is now in ruins, and it is up to Mr. McCain to find out exactly why we believed it in the first place. Why did government stand back and permit all the misconduct that generated all this bad debt? What particular ideas led us to believe that government should just keep its hands off and let markets run their course? [continued…]

One of the giant mortgage companies at the heart of the credit crisis paid $15,000 a month from the end of 2005 through last month to a firm owned by Senator John McCain’s campaign manager, according to two people with direct knowledge of the arrangement.

The disclosure undercuts a remark by Mr. McCain on Sunday night that the campaign manager, Rick Davis, had had no involvement with the company for the last several years. [continued…] 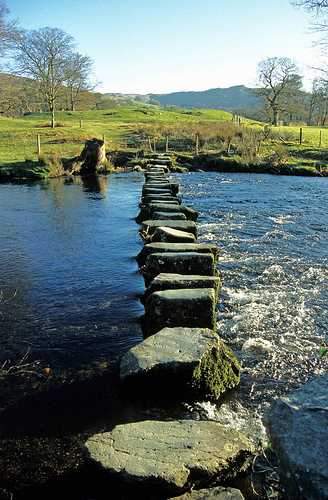 reed — and its crafty sibling, speculation — are the designated culprits for the financial crisis. But another, much admired, habit of mind should get its share of the blame: the delusional optimism of mainstream, all-American, positive thinking.

As promoted by Oprah Winfrey, scores of megachurch pastors and an endless flow of self-help best sellers, the idea is to firmly believe that you will get what you want, not only because it will make you feel better to do so, but because “visualizing” something — ardently and with concentration — actually makes it happen. You will be able to pay that adjustable-rate mortgage or, at the other end of the transaction, turn thousands of bad mortgages into giga-profits if only you believe that you can.

Positive thinking is endemic to American culture — from weight loss programs to cancer support groups — and in the last two decades it has put down deep roots in the corporate world as well. Everyone knows that you won’t get a job paying more than $15 an hour unless you’re a “positive person,” and no one becomes a chief executive by issuing warnings of possible disaster. [continued…]

Editor’s Comment — As people mature, so do cultures. American culture is still in its infancy. It craves instant gratification. It has boundless energy and little sense of caution. It lives through sensation but has yet to master conceptualization.

Barbara Ehrenreich’s remedy of realism for what she sees as an excess of positivity is easy to advocate, but human beings — whether shaped by a culture in its infancy or one that has acquired maturity — are, as living entities, unrealistic. The will to live, is by its nature, death-denying. In perfect realism, we should be reconciled to our non-existence but the thrust of life pushes us elsewhere.

America is not so much burdened by its positivity than it is by the banality of its aspirations. It’s not that we want too much, but that what we want is so lacking in value. We don’t think too big; we don’t think big enough.

But the conscientious Floridian? The neurotic Kentuckian?

You bet — at least, according to new research on the geography of personality. Based on more than 600,000 questionnaires and published in the journal Perspectives on Psychological Science, the study maps regional clusters of personality traits, then overlays state-by-state data on crime, health and economic development in search of correlations. [continued…]

Seventy-five years ago, our country faced an even deeper depression. Millions of men had neither jobs, nor job prospects. Families were struggling to put food on the table. And President Franklin Delano Roosevelt acted. He created the Civilian Conservation Corps, soon widely known as the CCC.

From 1933 to 1942, the CCC enrolled nearly 3.5 million men in roughly 4,500 camps across the country. It helped to build roads, build and repair bridges, clear brush and fight forest fires, create state parks and recreational areas, and otherwise develop and improve our nation’s infrastructure — work no less desperately needed today than it was back then. These young men — women were not included — willingly lived in primitive camps and barracks, sacrificing to support their families who were hurting back home.

My father, who served in the CCC from 1935 to 1937, was among those young men. They earned $30 a month for their labor — a dollar a day — and he sent home $25 of that to support the family. For those modest wages, he and others like him gave liberally to our country in return. The stats are still impressive: 800 state parks developed; 125,000 miles of road built; more than two billion trees planted; 972 million fish stocked. The list goes on and on in jaw-dropping detail. [continued…]

Imagine being seized in Afghanistan or Pakistan, where you were, perhaps, a completely innocent man, sold for a bounty, or a Muslim soldier, fighting other Muslims in a civil war whose roots lay in the resistance to the Soviet occupation of the 1980s, which was partly funded by the United States.

Then imagine that, both during and after being treated with appalling brutality by US forces, you are given no opportunity to establish whether you are an innocent man seized by mistake, a soldier, or the victim of bounty hunters, and you are, instead, flown halfway around the world to an experimental offshore prison, where you are interrogated about your connections to al-Qaeda and Osama bin Laden.

At no point are you offered the protection of the Geneva Conventions (to which your captors are a signatory), which were designed to prevent the “humiliating and degrading treatment” of prisoners seized during wartime, and also to prevent their interrogation (prisoners may be questioned, but any form of “physical or mental coercion” is prohibited). Moreover, if you struggle to answer the questions put to you — perhaps because you know nothing about al-Qaeda or Osama bin Laden — you are not only interrogated relentlessly, you are also subjected to an array of “enhanced interrogation techniques,” which contravene the UN Convention Against Torture and Other Cruel, Inhuman or Degrading Treatment or Punishment, to which your captors are also a signatory.

Now imagine that, after six and a half years of this imprisonment — in which, unlike convicted criminals on the US mainland, you have never been charged or tried, and have not been allowed a single visit from your loved ones — the highest court in the United States rules, in Boumediene v. Bush, that you have habeas corpus rights; in other words, the right to know why you are being held. And finally, imagine that, in response to this ruling, when the judges responsible for establishing the reviews have ordered the cases to be addressed “as expeditiously as possible,” and have set a deadline for the government to comply, your captors turn around and say that, after holding you for up to 2,444 days in Guantánamo, they need more time to prepare a case against you. [continued…]

High stakes in Islamabad and Washington
By Simon Tisdall, The Guardian, September 23, 2008

George Bush and Pakistan’s president, Asif Ali Zardari, have more in common than one might think. As younger men, both had reputations as playboy hell-raisers. As the current, more sober leaders of their respective countries, both are deeply unpopular with large numbers of fellow citizens. For his part, Bush is on his way out. And if the Islamists who bombed the Islamabad Marriott at the weekend have their way, Zardari, husband of the murdered Benazir Bhutto, will surely follow him – one way or another.

The stakes for this odd couple are high. Zardari is engaged in an increasingly fraught political and military campaign not only to retain power but, more importantly, hold the country together in the teeth of an existential threat to democratic, secular governance. The war in Afghanistan has taken deep root inside Pakistan and is now spreading beyond the tribal areas and North-West Frontier Province. Afghan Taliban and foreign jihadis from Kunan, in eastern Afghanistan and beyond, temporarily abandoning the fight with Nato, are now reportedly flocking to Bajaur, Kohat and Swat to join battle with the Pakistani army.

Pakistani military analysts and commentators warn that the challenge to the country’s integrity, though seemingly familiar, is growing more formidable with each passing week. Suicide bombings, almost unknown five years ago, have claimed over 300 lives this year. Recent days have seen heavy fighting, with the army claiming to have killed 60 insurgents. The economy is in deep, destabilising trouble. The UN meanwhile launched an emergency appeal today for $17m to assist more than a quarter of a million internally displaced people in the western border areas. [continued…]

“We will do what is necessary to protect our troops,” Gates told the Senate Armed Services Committee. Asked whether Pakistan’s government would back unilateral U.S. military operations into Pakistan, he said: “I don’t think they can do that.”

Gates said that despite a growing insurgency in Afghanistan, fueled by fighters from Pakistan, the spring of 2009 is the earliest the Pentagon would be able to send as many as three more U.S. combat brigades there to meet a request of American commanders for about 10,000 more troops. [continued…]