Our voyage to Brobdingnag
By Scott Horton, Harper’s, February 20, 2009 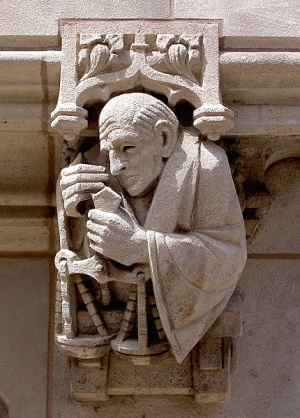 his is my second trip to Santa Barbara to speak at your university and the journey itself provides inspiration. I made the drive up this morning from Los Angeles, and coming on the highway to one breath-taking vista of the Channel Islands, I thought about Jonathan Swift’s book Gulliver’s Travels. It’s a book that I loved as a child, and then in my college years, I read it again and discovered something entirely different and more subtle. If you strain back to remember it, you’ll recall that Swift’s hero follows a curious geography—a combination of the real world and the fantastic. But one of the most amazing passages of the book must, I think, involve the hills, fields and coastline right around us. Lemuel Gulliver travels in part II to the kingdom of Brobdingnag, which Swift tells us with some precision is an island off the coast of California and its adjacent mainland: I make it out to be Santa Barbara and Ventura Counties. The voyage provides Gulliver with a number of adventures, but the high point comes when he is introduced to the king and strikes up a conversation with him about Brobdingnag’s society and culture. At one point the king of Brobdingnag tells his visitor about lawyers and their usefulness. The best lawyers are those who can show that black is white as he says, “laws are best explained, interpreted, and applied, by those whose interest and abilities lie in perverting, confounding, and eluding them.” The king places stock in such lawyers because they allow him to rule above the law; he can use it as a tool to achieve his will. But his kingdom is ruled by man not by law. Swift’s book isn’t just for children of course; it is a bitter political satire, and in it he’s pointing to just the problem we face today. What do we do when a government twists the words and purposes of the law beyond recognition, establishing the principle that it is a government of men, not of laws? For Swift this wasn’t a laughing matter. From his whiggish perspective, all of history has been a struggle for the rule of law and for government of principle. It has been a struggle to hold the high and mighty to account before the law. [continued…]

The Obama administration, siding with the Bush White House, contended Friday that detainees in Afghanistan have no constitutional rights.

In a two-sentence court filing, the Justice Department said it agreed that detainees at Bagram Airfield cannot use U.S. courts to challenge their detention. The filing shocked human rights attorneys.

“The hope we all had in President Obama to lead us on a different path has not turned out as we’d hoped,” said Tina Monshipour Foster, a human rights attorney representing a detainee at the Bagram Airfield. “We all expected better.” [continued…]

David Miliband under pressure over role of British spies in torture of terrorism suspects
By David Barrett in London and Tim Shipman, Sunday Telegraph, February 21, 2009

David Miliband, the Foreign Secretary, is facing fresh embarrassment as senior figures on both sides of the Atlantic call for the full disclosure of the role British spies played in the torture of terrorist suspects.

The government’s terror watchdog Lord Carlile used an interview with The Sunday Telegraph to call on the Foreign Secretary to publish details from the unedited dossier on the treatment of Binyam Mohamed, the British resident who is due to return to the UK this week after five years imprisoned in Guantánamo Bay.

In Washington, Bill Delahunt, the chairman of the influential House of Representatives Human Rights Subcommittee, accused Mr Miliband of engineering a cover-up and demanded that the Obama administration declassify the report. [continued…]

With two missile strikes over the past week, the Obama administration has expanded the covert war run by the Central Intelligence Agency inside Pakistan, attacking a militant network seeking to topple the Pakistani government.

The missile strikes on training camps run by Baitullah Mehsud represent a broadening of the American campaign inside Pakistan, which has been largely carried out by drone aircraft. Under President Bush, the United States frequently attacked militants from Al Qaeda and the Taliban involved in cross-border attacks into Afghanistan, but had stopped short of raids aimed at Mr. Mehsud and his followers, who have played less of a direct role in attacks on American troops.

The strikes are another sign that President Obama is continuing, and in some cases extending, Bush administration policy in using American spy agencies against terrorism suspects in Pakistan, as he had promised to do during his presidential campaign. At the same time, Mr. Obama has begun to scale back some of the Bush policies on the detention and interrogation of terrorism suspects, which he has criticized as counterproductive. [continued…]

A little over a decade ago, I had an interview with an up-and-coming Islamist parliamentarian from the Refah (Welfare) Party who laid out a very interesting vision I had not heard from anyone in Turkish politics before.

The junior parliamentarian talked about establishing some sort of a “commonwealth” with Turkey’s eastern neighbors, including Iran and Syria, and about the importance of building new alliances in Asia and the Muslim world.

“We have no desire to tear Turkey away from Europe or build walls around her,” he said. “But we think Turkey’s future should not depend on one axis, but rather on good ties with other nations.”

He concluded with a peculiar metaphor in reference to Turkey’s place in Europe: “We think the future ultimately lies in Asia. It is better to be the first of the lambs than be the last of the foxes.” [continued…]

Iran offered to stop attacking British troops in Iraq to try to get the West to drop objections to Tehran’s uranium enrichment project, a UK official says.

The disclosure by UN ambassador Sir John Sawers in a BBC documentary throws new light on backroom discussions between Iran and the West.

Roadside bombing attacks on British and American soldiers in Iraq were at their height in 2005. [continued…]

The firebrand anti-American cleric whose militia battled U.S. troops for years is facing a strong challenge for leadership of Iraq’s poor, urban Shiites from a small, well-organized faction with loose links to Iran, senior figures within his movement say.

The split within Muqtada al-Sadr’s organization has widened as Shiite groups weigh the outcome of last month’s provincial elections and prepare for a national ballot this year that will determine the leadership in Baghdad.

The dissident faction is expected to mount a campaign to become a rival force appealing to al-Sadr’s base among poor Shiites, senior officials close to the cleric said in interviews this week. This would offer greater openings for Tehran’s influence in Iraq and give political cover to the so-called “special groups” of former Sadrists that have continued attacks on U.S.-led forces. [continued…]