In the wake of 9/11, no phrase more succinctly projected the upwelling of popular jingoism across the United States than the words “Power of Pride.”

America needed to reassert its potency after experiencing the insult and humiliation of witnessing its power simultaneously centralized and instantaneously crushed when two drab towers acquired their national and international iconic significance in the very same moment that they collapsed.

As American power symbolically turned to a cloud of dust, its leaders scurried around in a desperate effort to salvage their authority and reclaim their dominance. 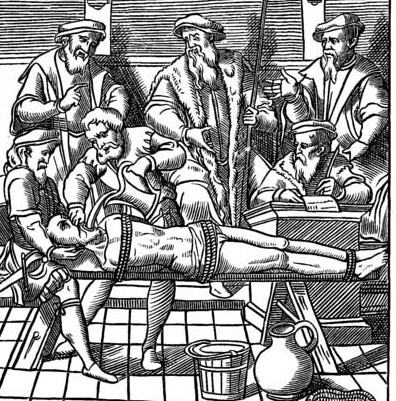 It now appears that central to that process was a calculated effort through which senior members of the Bush administration would restore their own pride and purge their own humiliation by torturing those who had collaborated in the attacks.

The fact that the CIA’s torture program was claimed to merely use “harsh interrogation” techniques was not simply a way of asserting that the legal threshold of torture had not been crossed. By using the term “interrogation” the issue of sadistic retribution was effectively screened out of consideration.

Even those who were critical of the approach the administration had adopted were inclined to confine those criticisms to questions such as whether these coercive methods would have any chance of yielding valuable intelligence. Alternatively they might press a patriotic argument by suggesting that torture was un-American.

The assumption inside the administration was that if its harsh methods could be presented as having been effective in preventing subsequent acts of terrorism, then pragmatic Americans would have less concern about the moral qualms of the administration’s critics — individuals who could be dismissed as civil liberties fanatics.

The moral question of whether the state can be allowed to use torture as a method of extra-judicial punishment and retribution rarely if ever entered the debate. But the evidence now suggests that it should.

The New York Times has reported:

Abu Zubaydah had provided much valuable information under less severe treatment, and the harsher handling produced no breakthroughs, according to one former intelligence official with direct knowledge of the case….

…the use of repeated waterboarding against Abu Zubaydah was ordered “at the direction of CIA headquarters,” and officials were dispatched from headquarters “to watch the last waterboard session.”

The memo, written in 2005 and signed by Steven G. Bradbury, who worked in the Office of Legal Counsel, concluded that the waterboarding was justified even if the prisoner turned out not to know as much as officials had thought.

And he did not, according to the former intelligence officer involved in the Abu Zubaydah case. “He pleaded for his life,” the official said. “But he gave up no new information. He had no more information to give.”

A line of command and a set of orders is one way of attempting to explain how it could come about that a man would be waterboarded day after day. Yet the significance of what was taking place at that time was implicit rather than explicit. What mattered most was what was left unstated.

And yet the torture continued, day in, day out, multiple times a day.

Each day might yield no new intelligence but for those who had been most deeply humiliated by 9/11, unremitting waterboarding provided its own rewards.

To be able to say, “carry on” — with no reasonable justification — was to silently know: I have the power to exact retribution.