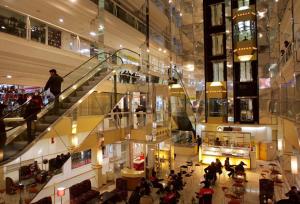 ast sums of money are being lavished by Western aid agencies on their own officials in Afghanistan at a time when extreme poverty is driving young Afghans to fight for the Taliban. The going rate paid by the Taliban for an attack on a police checkpoint in the west of the country is $4, but foreign consultants in Kabul, who are paid out of overseas aids budgets, can command salaries of $250,000 to $500,000 a year.

The high expenditure on paying, protecting and accommodating Western aid officials in palatial style helps to explain why Afghanistan ranks 174th out of 178th on a UN ranking of countries’ wealth. This is despite a vigorous international aid effort with the US alone spending $31bn since 2002 up to the end of last year.

The high degree of wastage of aid money in Afghanistan has long been an open secret. In 2006, Jean Mazurelle, the then country director of the World Bank, calculated that between 35 per cent and 40 per cent of aid was “badly spent”. “The wastage of aid is sky-high,” he said. “There is real looting going on, mainly by private enterprises. It is a scandal.” [continued…] 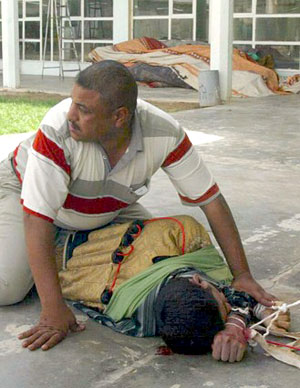 he crowds at the restaurants are thinning out. Parents have started to escort their children to school again. And cellphones are ringing more often than usual, with family members checking in just to ask, “Are you OK?” or “Is everyone safe?”

After a string of high-profile bombings and other attacks that killed 355 Iraqi civilians and security personnel and 18 U.S. troops last month nationwide, a pall has descended upon Baghdad, a lowering storm cloud swirling with echoes of the darkest days of Iraq’s civil war.

Above all, there is a sense of dread, rooted in the terrifying possibility that the calm that had brought the capital back to life over the last 18 months might have been just a lull.

“I feel a shadow of danger on the horizon, that the old days are coming back again,” Nidal Shahar, 36, said as she watched her children play in a nearly empty park along the Tigris River that would normally be crowded with families in the early evening hours. “It’s like we’re seeing the early phases again of the sectarian war.” [continued…]

Iraq bloodshed rises as US allies defect
By Ali Rifat, Hala Jaber and Sarah Baxter, The Sunday Times, May 3, 2009

Iraq is threatened by a new wave of sectarian violence as members of the “Sons of Iraq” – the Sunni Awakening militias that were paid by the US to fight Al-Qaeda – begin to rejoin the insurgency.

If the spike in violence continues, it could affect President Barack Obama’s pledge to withdraw all combat troops from Iraqi cities by the end of June. All US troops are due to leave the country by 2012.

A leading member of the Political Council of Iraqi Resistance, which represents six Sunni militant groups, said: “The resistance has now returned to the field and is intensifying its attacks against the enemy. The number of coalition forces killed is on the rise.” [continued…]

The AIPAC case in Washington, Iraq, and beyond
By David Bromwich, Huffington Post, May 3, 2009

Do we really want the U.S. to have a “special relationship to Israel” — with all the benefits and allowances this brings to adepts of channeling like Rosen and Weissman, and the sub rosa understanding that the American people have consented to the arrangement? In that case, every friend of Israel is a friend of the U.S., and there is no such thing as spying for Israel. An Israeli agent caught passing state secrets becomes an American agent by definition.

How close is Israel to the United States — in politics, national interest, practice of equality, and other relevant traits? How close do the people of either country wish us to be? AIPAC is based, of course, on an ideology of total identification. It would be absurd to claim that someone could spy on America for California or New York. Someone who seems to be doing that must be trying “to lubricate the wheels of decision-making” between the federal and state governments that are “close but sometimes quarrelsome friends.” The New York Times supposes the idea of information passed from the U.S. to Israel without both sides wanting it passed it is likewise simply absurd. The true doctrine is, they know we know they know. With the exception of the agents at the FBI, and maybe a few U.S. attorneys, everybody understands. But do we?

The suppressed alternative is that we treat Israel as an ally with whom we sympathize, but with whom on occasion we have differences which we are not afraid to show. Can Israel become again, what it once preferred to be, an ally of the United States in the same sense in which France or Australia is an ally? Or will it press, like AIPAC, for total identification of interest and cause? Our friends are your friends, our enemies are your enemies, our weapons are your weapons. And our self-destruction? It is time to slow down and look hard. [continued…]

Israel’s new government is a headache the Obama Administration doesn’t need. Compared with Tzipi Livni, the woman he narrowly beat out, and even Ehud Olmert, the man he succeeds, incoming Prime Minister Benjamin Netanyahuis cool toward a Palestinian state. And although it includes the moderate Labor Party, Netanyahu’s ruling coalition teems with right-wing figures like Foreign Minister Avigdor Lieberman, whose call for a loyalty oath directed at Israel’s Arab citizens dismays even Israel’s staunchest friends.

But if Israel’s new government is making the Obama team anxious, it’s nothing compared with the government that could be coming together next door in the Palestinian territories — where President Mahmoud Abbas and his Fatah party may join hands with the Islamist militants of Hamas. That’s a problem, since the U.S. won’t have anything to do with Hamas or any government in which it takes part. A few months ago, when Hamas was at odds with Abbas and at war with Israel, that was an easy position to take. But now it’s becoming harder. And sooner or later, the U.S. may have to come to the same painful realization it has arrived at in Iraq and Afghanistan: the only thing worse than talking to terrorists is not talking to them. [continued…]

Lifting the Bush-era veil of secrecy
By Patrick Leahy, Boston Globe, May 3, 2009

The Obama administration’s decision to release more Bush-era memoranda, which sought to rationalize torture, shows that President Obama is following through on his promise to ban torture and to provide transparency to our government. The Bush-Cheney administration not only broke the law, it shattered the public trust and undermined America’s reputation around the world.

After withdrawing the so-called Bybee “torture memo,” the Bush-Cheney administration secretly reinstated the torture policy. While repeatedly claiming that the United States did not torture, the Bush-Cheney administration secretly authorized techniques that included waterboarding – up to 183 times in one case. This was not an “abstract legal theory,” or “hypothetical,” as Alberto Gonzales dismissively described in testimony before the Senate Judiciary Committee. These were specific techniques, authorized by high-ranking US government officials and used on real people. We have prosecuted people for these kinds of acts against Americans, and condemned other nations for sanctioning these methods.

The techniques are wrong and their supposed legal rationale is just as bad. The idea that the Department of Justice’s Office of Legal Counsel would be used to contort our laws on subjects as serious as torture is appalling. The rationalization of these memos showed a willingness to ignore legal requirements as long as there is no clear mechanism of enforcement. These memoranda seem calculated to provide legal cover – a legal free pass – for these unlawful policies. The Justice Department was apparently being used to immunize government officials to conduct torture by defining it down and building in legal loopholes. [continued…]