How to sell Americans on Israeli settlements
By Dan Ephron, Newsweek, July 10, 2009

How do you sell the American public on the idea that Israel has the right to maintain or even expand Jewish settlements in the West Bank? Be positive. Turn the issue away from settlements and toward peace. Invoke ethnic cleansing.

Those are three of the recommendations made by Frank Luntz, a political consultant and pollster, in an internal study he wrote for the Washington-based group The Israel Project (TIP) on effective ways to talk to Americans about the conflict between Israelis and Palestinians. The 117-page study, titled The Israel Project’s 2009 Global Language Dictionary, was commissioned by the nonprofit group, which aims to promote Israel’s side of the story, and leaked to NEWSWEEK. It includes chapters with such titles as “How to Talk About Palestinian Self Government and Prosperity” and “The Language of Tackling a Nuclear Iran.”

The report is strewn with bolded examples of “Words That Work” and “Words That Don’t Work,” alongside rhetorical tips such as “Don’t talk about religion” and “No matter what you’re asked, bridge to a productive pro-Israel message.” Taken together, the 18 chapters offer a fascinating look at the way Israel and its supporters try to shape the public debate in their favor.

The full report can be viewed here. [continued…]

Netanyahu’s national security adviser: “I prefer to direct the brute-force energies within me at the goyim”
Uzi Arad interviewed by Ari Shavit, Haaretz, July 10, 2009

What will the West do if there is no maritime blockade or if there is one that fails? In that case, will there be any choice but to prevent the bomb by bombing Iran? 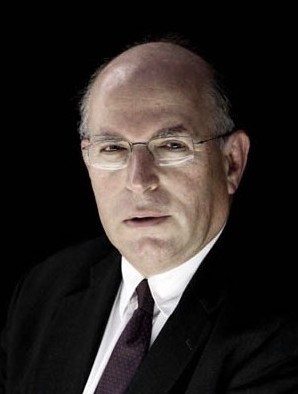 Uzi Arad: I was fascinated by Robert Oppenheimer, the Jew who created the first atomic bomb at Los Alamos. Another figure who riveted me was Henry Kissinger, one of the first nuclear strategists. But above all I was drawn to Herman Kahn, with whom I worked at the Hudson Institute.

Kahn is the original Dr. Strangelove. He was a Jewish-American genius who was a salient nuclear hawk and dealt with the planning and feasibility of nuclear wars. Kahn was a towering figure. He was a beacon of intelligence, knowledge and pioneering thought. He combined conceptual productivity, humor and informality. He attracted a group of devotees of whom I was one in the 1970s. But he also had bitter rivals who criticized him for even conceiving of the idea of a nuclear war. In the Cold War it was precisely those who talked about defense and survival who were considered nuclear hawks. The doves talked about “mutual assured destruction,” which blocks any possibility of thinking about nuclear weapons. Like Kahn, I was one of the hawks. One of my projects was a paper for the Pentagon on planning a limited nuclear war in Central Europe.

On the face of it, what is the point of this? Why execute the enemy after deterrence has failed? But according to Dror, it is important to ascertain that the deterrence will work, even if you yourself have been destroyed. He sees this as a contribution to the repair of the world [tikkun olam]. When we say “never again,” this entails three imperatives: never again will we be felled in mass numbers, never again will we be defenseless and never again will there be a situation in which those who harm us go unpunished.

Is the Holocaust relevant to our strategic thought in an era of a nuclear Middle East?

Look at the way memory guides people like Netanyahu, who refers time and again to the 1930s. Bernard Lewis also said a few years ago that he feels like he is in the late 1930s. What did he mean? On the one hand, an imminent threat, rapidly approaching, and on the other, complacency and conciliation and a cowering coveting of peace. When I visited Yad Vashem [the Holocaust memorial in Jerusalem] not long ago, I could not bear the psychological overload and left halfway through. I don’t think there is an Israeli or a Jew who can be insensitive to the Holocaust. It is a painful black hole in our consciousness.

When you look around today, what is your feeling? Are we alone?

We are always alone. Sometimes we have partners and lovers and donors of money, but no one is in our shoes.

I still remember Roosevelt and all the wise and enlightened types of the American security hierarchy in the period of Auschwitz, and I have retained the lesson. In Jewish history and fate there is a dimension of unfairness toward us. We have already been alone once, and even the good and the enlightened did not protect us. Accordingly, we must not be militant, but we must entrench our defense and security prowess and act with wisdom and restraint and caution and sangfroid. Never again. [continued…]

Gen. Stanley A. McChrystal, the newly arrived top commander in Afghanistan, has concluded that the Afghan security forces will have to be far larger than currently planned if President Obama’s strategy for winning the war is to succeed, according to senior military officials.

Such an expansion would require spending billions more than the $7.5 billion the administration has budgeted annually to build up the Afghan army and police over the next several years, and the likely deployment of thousands more U.S. troops as trainers and advisers, officials said.

Obama has voiced strong commitment to the ongoing Afghan conflict but has been cautious about making any additional military resources available beyond the 17,000 combat troops and 4,000 military trainers he agreed to in February. That will bring the total U.S. force to 68,000 by fall. [continued…]

After a mass killing of hundreds, perhaps thousands, of Taliban prisoners of war by the forces of an American-backed warlord during the 2001 invasion of Afghanistan, Bush administration officials repeatedly discouraged efforts to investigate the episode, according to government officials and human rights organizations.

American officials had been reluctant to pursue an investigation — sought by officials from the F.B.I., the State Department, the Red Cross and human rights groups — because the warlord, Gen. Abdul Rashid Dostum, was on the payroll of the C.I.A. and his militia worked closely with United States Special Forces in 2001, several officials said. They said the United States also worried about undermining the American-supported government of President Hamid Karzai, in which General Dostum had served as a defense official.

“At the White House, nobody said no to an investigation, but nobody ever said yes, either,” said Pierre Prosper, the former American ambassador for war crimes issues. “The first reaction of everybody there was, ‘Oh, this is a sensitive issue; this is a touchy issue politically.’ ”

It is not clear how — or if — the Obama administration will address the issue. But in recent weeks, State Department officials have quietly tried to thwart General Dostum’s reappointment as military chief of staff to the president, according to several senior officials, and suggested that the administration might not be hostile to an inquiry. [continued…]

All of America’s great wars have been “holy” wars, the neon-electric lighting of national narrative: revolution was about a nation’s birthing, civil war was about inner redemption and world war about our redeeming all humanity.

Sparked by 9/11, the global war on terrorism began as another promise to save all humanity. But eight years later we have the once-and-future Long War. We do not have the promised redemption—“transformation of the Middle East” died on the streets of Baghdad—instead we have forever war. And this forever war is bringing about an end to the world order as we know it. [continued…]

Now that American troops have largely pulled back from Iraq’s cities, one violent region remains particularly intractable: Nineveh Province and its turbulent capital, Mosul. Even a major military offensive in the months before the withdrawal did not quell the insurgency or reduce the violence.

On Thursday, a twin suicide attack by bombers wearing explosive vests punctuated a recent string of attacks, a wave of violence that shows little sign of relenting. The blasts killed at least 35 people and wounded dozens more in Tal Afar, a city 40 miles west of Mosul that has been repeatedly scarred by sectarian bloodshed. It occurred the morning after two car bombs killed 12 people and wounded 30 near mosques in Mosul. [continued…]

With little notice and almost no public debate, Iraq’s Kurdish leaders are pushing ahead with a new constitution for their semiautonomous region, a step that has alarmed Iraqi and American officials who fear that the move poses a new threat to the country’s unity.

The new constitution, approved by Kurdistan’s parliament two weeks ago and scheduled for a referendum this year, underscores the level of mistrust and bad faith between the region and the central government in Baghdad. And it raises the question of whether a peaceful resolution of disputes between the two is possible, despite intensive cajoling by the United States.

The proposed constitution enshrines Kurdish claims to territories and the oil and gas beneath them. But these claims are disputed by both the federal government in Baghdad and ethnic groups on the ground, and were supposed to be resolved in talks begun quietly last month between the Iraqi and Kurdish governments, sponsored by the United Nations and backed by the United States. Instead, the Kurdish parliament pushed ahead and passed the constitution, partly as a message that it would resist pressure from the American and Iraqi governments to make concessions. [continued…]

“Extraordinary and inappropriate” secrecy about a warrantless eavesdropping program undermined its effectiveness as a terrorism-fighting tool, government watchdogs have concluded in the first examination of one of the most contentious episodes of the Bush administration.

A report by inspectors general from five intelligence agencies said the administration’s tight control over who learned of the program also contributed to flawed legal arguments that nearly prompted mass resignations in the Justice Department five years ago.

The program “may have” contributed to successful counterterrorism efforts, some intelligence officials told the investigators. But too few CIA personnel knew of the highly classified program to use it for intelligence work, the report stated, while at the FBI, the program “played a limited role,” with “most . . . leads . . . determined not to have any connection to terrorism.” [continued…]