Iran’s revolution has a vacancy at the top
By Azadeh Moaveni, Washington Post, July 26, 2009 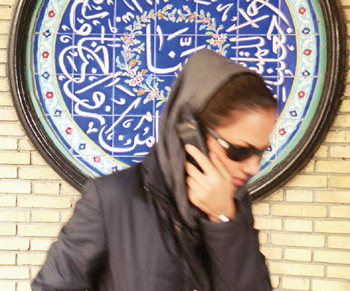 n June 15, five of my relatives — the oldest 65, the youngest 22 — spent four hours traveling across Tehran’s sprawling metropolis to reach a demonstration against the country’s election result. They first crammed into a creaky Iranian-made car, rode part of the way in a dilapidated bus and walked the final three miles. They strode quietly north along with an estimated 2 million others, hopeful that their show of peaceful force would convince the government to annul the election. The next day, the authorities began viciously attacking demonstrators. They dispatched plainclothes henchmen with pistols in their pockets to shoot randomly at civilians. Dissent, Iranians learned, could cost them their lives.

Immediately after the election, such protests evoked the grand marches of the 1979 Islamic revolution. But the scale of the dissent soon diminished. Clearly, the state’s vicious tactics were partly to blame. But Iranians were not simply terrorized into staying at home. Rather, there was no leader inspiring them to take to the streets — and put their lives at risk. The friends and relatives I have spoken to remain outraged over the fraudulent election. But they also remain perplexed by the opposition leaders. Many hailed from the regime’s old-guard elite, and it was unclear how much they would be willing to challenge the Islamic system.

No one had an answer to this central question: For whom, exactly, would ordinary Iranians be willing to put themselves in danger? What sort of leadership is required to make violence worth it? [continued…] 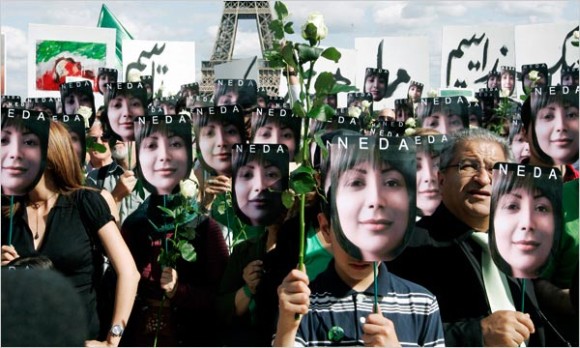 The leaders of Iran’s opposition movement sent an open letter of protest to the country’s highest religious authorities on Saturday, complaining that the state had used “illegal, immoral and irreligious methods” in the crackdown following last month’s disputed presidential election and calling for the release of hundreds of people arrested since.

The letter came a day after the funeral of a young protester with links to Iran’s political elite, whose father told a senior military commander that the youth had been beaten after his arrest, held incommunicado and allowed to die of an infection. The funeral drew senior figures, including conservative members of Parliament and a representative from the office of Iran’s supreme leader, Ayatollah Ali Khamenei.

The open letter was the latest sign of the opposition movement’s continuing defiance, despite stern warnings by leading clerics to drop the issue and an enormous police presence that has largely scuttled street protests for the past week. It followed a similar call eight days ago by former President Ali Akbar Hashemi Rafsanjani to release the detainees. [continued…]