The making of an Iran policy
By Roger Cohen, New York Times, August 2, 2009 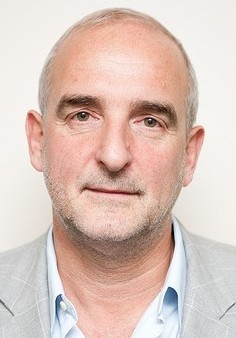 n Tehran, just before the election, I sat down with Nasser Hadian, who once taught at Columbia and is now at Tehran University. He’s an influential thinker on foreign affairs who got to know [Dennis] Ross while he was in the United States. Hadian told me that Iran has taken Obama’s outreach seriously. Hadian has been part of a group of foreign-policy experts, convened by Mahmoud Vaezi at the Center for Strategic Research in Tehran, who have been meeting every two weeks to review how to respond to the U.S. offer. Vaezi prepares reports that are submitted to Ali Akbar Hashemi Rafsanjani, the reformist former president who has been bitterly critical of the June 12 vote, and to Khamenei himself.

The discussions, I was told, have been detailed, including a review of who might lead any eventual bilateral negotiations from the Iranian side. One name that has been proposed is Ali Akbar Velayati, a former foreign minister who is a top adviser to Khamenei. In this light, the fact that Velayati praised Obama after the election for remaining quiet about it is interesting. Velayati also said, “America accepts a nuclear Iran, but Britain and France cannot stand a nuclear Iran.” This is a new language, however wide of the truth. The bizarre official lambasting of Britain — and demonizing of the BBC rather than the Voice of America — can be seen as the Iranian authorities trying to keep their U.S. options open.

“My argument in all the meetings has been: You have to go for full normalization and comprehensive engagement on all the issues,” Hadian told me. “Not a U.S. consulate in Tehran, or the nuclear issue in isolation; that won’t work. And because I know we cannot normalize unless Israeli concerns are addressed, I’ve argued that Ross would be an important assurance, someone able to convince the American Jewish lobby that any eventual agreement is workable.” That view, he suggested, had gained some traction in Tehran.

Hadian said Iran has looked at everyone in the policy mix — Burns, Ross, Talwar, Vali Nasr (an Iranian-American aide to Richard Holbrooke, the State Department envoy), Gary Samore (a nonproliferation expert at the N.S.C.), Tony Blinken (a national security adviser to Vice President Joe Biden) — and the general feeling was positive. “What Obama has already done for the United States in the Muslim world is unbelievable,” he said. “It is not easy for anyone here to attack him.”

But Hadian is a reformist who backed Moussavi. The Iran he talked about has not disappeared postelection — Velayati is as influential as ever — but it’s shaken. Khamenei, who just turned 70, knows he is vulnerable right now; it’s far from clear he’d be ready to negotiate from vulnerability. His suspicion of the United States is deep; anti-Americanism has worked for him over a 20-year rule. “Khamenei still believes the United States wants to go back to the patron-client relationship and the nuclear issue is being used for that,” Sadjadpour, of the Carnegie Endowment, told me. Even if he chooses to talk, would it not be in pursuit of a familiar Iranian tactic — stringing things out, as the centrifuges spin, until cracks appear among the Western allies, or China and Russia come to Tehran’s defense?

One thing is clear: Iran is no position to talk right now. It has no functioning national-security apparatus as its leaders scramble to shore up the regime. The republican pillar of the Islamic Republic has been destroyed to salvage a hard-line rightist order, but the price of this violent gamble in terms of lost support, internal division and external criticism has been immense. Iran has morphed in the global consciousness, to the point that U2 and Madonna have adopted the cause of Iranian democracy. With oil down and opposition up, Iran’s regional ascendancy is stalled or already in reverse. [continued…]