In Iran, a hostage-taker is now hostage
By Robin Wright, Washington Post, August 9, 2009 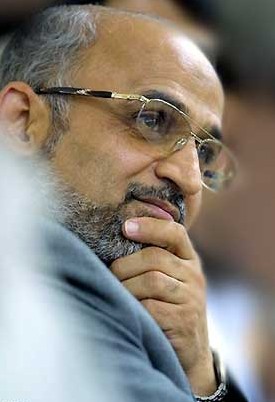 ast week Iran’s theocracy widened its crackdown from suppressing an opposition movement to putting on trial the very revolutionaries who launched the Islamic republic. This new purge may be more profound politically than the campaign against the followers of Mir Hossein Mousavi: The Iranian revolution is eating its children.

Mohsen Mirdamadi saw it all coming. He warned me about it five years ago. The only thing he didn’t foresee was his own role. Last week, he sat in a revolutionary court, dressed in gray prison pajamas, as one of its victims.

I’ve followed Mirdamadi since the 1979 U.S. Embassy takeover. In 1981, I stood below the plane that brought 52 American diplomats to freedom in Algeria and wondered about the type of people who seized, interrogated and brutalized hostages for 444 days. Mirdamadi was one of three ringleaders. Former hostage John Limbert remembers him as “particularly nasty.” I met him a decade ago.

Like many early revolutionaries, Mirdamadi had evolved over the intervening two decades from a scruffy student radical into a balding, pinstripe-suited realist. In 2000, he ran for parliament as a reformer. [continued…]

he alleged French spy stood at the lectern Saturday in Tehran and described her dastardly act of collusion.

Clotilde Reiss, a pale, soft-spoken 24-year-old who had been teaching French in the central Iranian city of Esfahan when she was arrested, confessed to sending a single e-mail to a colleague in the capital.

In it, she described the unrest unfolding in Esfahan after taking part in a couple of peaceful protests against the disputed reelection of President Mahmoud Ahmadinejad. [continued…]

A top judiciary official acknowledged Saturday that some detainees arrested after post-election protests had been tortured in Iranian prisons, the first such acknowledgment by a senior Iranian official.[…]

Speaking to reporters at a news conference, Qorbanali Dori-Najafabadi, the prosecutor general, said “mistakes” had led to a few “painful accidents which cannot be defended, and those who were involved should be punished.”

Such mistakes, he said, included “the Kahrizak incident,” a reference to the deaths of several detainees at Kahrizak detention center in southwestern Tehran. [continued…]

Among the more than 100 people on trial after Iran’s disputed presidential election are two dual citizens: Kian Tajbakhsh, 47, an American Iranian urban planner, and Maziar Bahari, 42, a Canadian Iranian filmmaker and Newsweek reporter.[…]

Their arrests follow a pattern during Ahmadinejad’s tenure of high-profile detentions of dual citizens. Since he took office in 2005, at least seven have been detained, including Woodrow Wilson Center scholar Haleh Esfandiari in 2007 and freelance journalist Roxana Saberi, who was convicted of espionage this year and later pardoned.

Tajbakhsh, who has lived in Iran since 1999 and has done some projects for its government, was held for four months in 2007, during which authorities accused him of trying to foment a “color” revolution. He stayed in Iran afterward and had plans to teach at Columbia University this fall.

Friends said he had purposely avoided the election-related turmoil, even abstaining from voting. “He felt confident there was no rationale for him to be imprisoned,” Sadjadpour said. Two days after the vote, Tajbakhsh wrote to him in an e-mail: “I’m keeping my head down. I have nothing journalistic to add to all the reports that are here.”

Bahari had been filing reports for Newsweek and for television stations in Britain; the Iranian government has accused him of sending reports to foreign news media in exchange for payment, said Nisid Hajari, Newsweek’s foreign editor.

“That’s exactly what he’s been doing for more than 10 years,” Hajari said, adding that the Iranian government had renewed Bahari’s press accreditation each year and had not complained about his work. “What they’ve accused him of doing is a job that they themselves had licensed and approved him to do.” [continued…]