Secretary of State Hillary Clinton said Sunday that the United States did a lot “behind the scenes” to show support for demonstrators contesting Iran’s disputed presidential election results.

“We did not want to get between the legitimate protests and demonstrations of the Iranian people and the leadership,” Clinton said in an interview with CNN broadcast on Sunday.

“And we knew that if we stepped in too soon, too hard… the leadership would try to use us to unify the country against the protestors.”

“Now, behind the scenes, we were doing a lot,” Clinton said. “We were doing a lot to really empower the protestors without getting in the way. And we’re continuing to speak out and support the opposition.” [continued…] 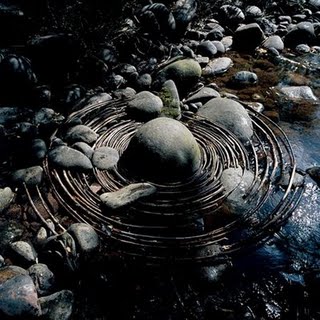 — If the Iranian revolutionary court recently trying protesters in Tehran had been able to subpoena Hillary Clinton to testify on behalf of the prosecution, this is what they would have wanted her to say: “behind the scenes, we were doing a lot.”

This is not what President Obama should want his chief diplomat to be saying. What the hell was she thinking?

There is one thing that movers and shakers (while they’re doing all their moving and shaking) find almost impossible to grasp: there are times when doing nothing is better than doing something.

Tell the Iranian people: we’re with you in spirit and we’re rooting for you, but this is your fight. The best we can do is to do nothing that will empower those who want to oppress you.

6 thoughts on “Zen and the art of foreign relations”