At NYU, devilish Shlomo Sand predicts the Jewish past and pastes the Zionists
By Philip Weiss, Mondoweiss, October 17, 2009 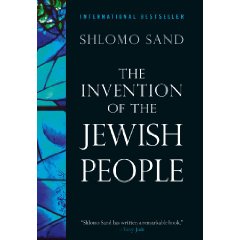 hen Sand said that Israel was not a democracy, and a Zionist called out, “It is a flawed democracy,” Sand bellowed. No: a democracy is founded on the idea that the people are the sovereign, that the people own the state. That is the first principle of a republic going back to Rousseau. Liberalism and civil rights are not the core [of Israel]. Yes, Israel is a liberal society. It tolerates Shlomo Sand’s heresy, for instance, and puts him on TV. But it is a liberal ethnocracy.

Down the row from me were two Arabs. I recognized the man from other events I have been to. I noticed how fulfilled they were by the talk, how quietly approving, and it was in this connection that we saw Sand’s passion: on behalf of the Palestinians. This part of the lecture brought tears to my eyes, it was so forceful and unapologetic. The idea that Joe Lieberman has a right to move to Israel tomorrow and a Palestinian whose ancestors have lived there for centuries cannot is an outrage, Sand said. But for 50 years the Palestinian Israelis were afraid to speak out.

The Invention of the Jewish People is now available from Amazon.

1 thought on “At NYU, devilish Shlomo Sand predicts the Jewish past and pastes the Zionists”