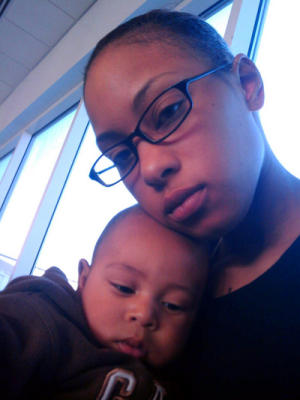 Army Specialist Alexis Hutchinson, a single mother, is being threatened with a military court-martial if she does not agree to deploy to Afghanistan, despite having been told she would be granted extra time to find someone to care for her 11-month-old son while she is overseas.

Hutchinson, of Oakland, California, is currently being confined at Hunter Army Airfield near Savannah, Georgia, after being arrested. Her son was placed into a county foster care system.

Hutchinson has been threatened with a court martial if she does not agree to deploy to Afghanistan on Sunday, Nov. 15. She has been attempting to find someone to take care of her child, Kamani, while she is deployed overseas, but to no avail. [continued…]