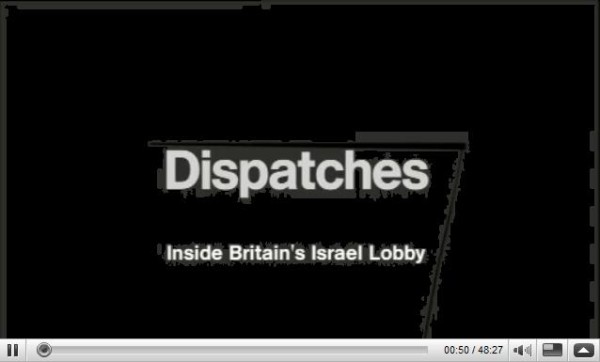 (Click on the image above to watch this 48-minute documentary — it’s essential viewing.)

Dispatches investigates one of the most powerful and influential political lobbies in Britain, which is working in support of the interests of the State of Israel.

Despite wielding great influence among the highest realms of British politics and media, little is known about the individuals and groups which collectively are known as the pro-Israel lobby.

Political commentator Peter Oborne sets out to establish who they are, how they are funded, how they work and what influence they have, from the key groups to the wealthy individuals who help bankroll the lobbying.

He investigates how accountable, transparent and open to scrutiny the lobby is, particularly in regard to its funding and financial support of MPs.

The pro-Israel lobby aims to shape the debate about Britain’s relationship with Israel and future foreign policies relating to it.

Oborne examines how the lobby operates from within parliament and the tactics it employs behind the scenes when engaging with print and broadcast media.

Editor’s Comment — It’s hard to predict when the day might come when a broadcast of this nature appears on American television, but if such a day comes, the Lobby here will suffer an irreparable damage in its foundations.

To learn more about a man who figures prominently in the Channel 4 documentary — Chaim “Poju” Zabludowicz, who sounds and looks like a Jewish mafia boss — see the article below.

How the pro-Israel lobby in Britain benefits from a generous London tycoon
By Rajeev Syal, The Observer, January 4, 2009 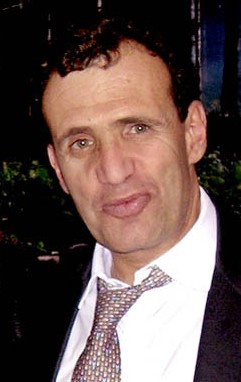 ritain’s most active pro-Israeli lobbying organisation – which flies journalists to Israel on fact-finding trips and organises access to senior government figures – has received nearly £1.4m in two years from a billionaire donor whose father made a fortune manufacturing arms in Israel.

The British Israel Communication and Research Centre, known as Bicom, has been one of the most active organisations behind the scenes in the UK during the present Gaza offensive, organising briefings and interview opportunities with senior Israeli spokesmen.

Its biggest funder is Poju Zabludowicz, a London-based tycoon, who has underwritten its campaigning since 2007. The disclosure comes amid an intense struggle in Britain between lobbying organisations working for both sides in the conflict. Foreign affairs specialists say that the injection of funds has ensured that Bicom has become one of the most persistent and slickest media operations in the battle for influence over opinion formers. [continued…]