Going beyond necessity
By Paul Woodward, War in Context, December 1, 2009

ver the course of eight years in Afghanistan, the United States has failed to demonstrate an ability to make a clear distinction between what it wants to do and what it can do. In many ways this represents a failing embedded in the American can-do spirit.

Will should never be confused with skill.

As Rory Stewart has pointed out:

The language of modern policy does not help us to declare the limits to our power and capacity; to concede that we can do less than we pretend or that our enemies can do less than we pretend; to confess how little we know about a country like Afghanistan or how little we can predict about its future; or to acknowledge that we might be unwelcome or that our presence might be perceived as illegitimate or that it might make things worse.

As President Obama finally rolls out his long-awaited war strategy today, it’s fair to assume that it will be carefully studied by the Taliban’s leading commanders, but has Obama given as close attention to their pronouncements? 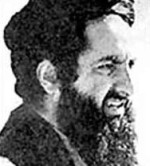 Mullah Mohammed Omar, the Taliban leader, has already issued a long message to the world, pre-empting Mr. Obama’s speech and pouring detailed scorn on many of the points that the President is likely to make. He called upon his fighters to continue the jihad and drive out foreign forces from Afghanistan, as “the arrogant enemy is facing both defeat and disgrace.”

Mullah Omar’s 10-page message, delivered by e-mail to journalists in English and two Afghan languages on the eve of Eid, the major religious festival in the Muslim calendar that celebrates the end of the hajj, is an unprecedented propaganda blitz.

His cleverly worded text mixes Koranic injunctions to continue the jihad and appeals to Afghan patriotism and nationalism, which had helped previous Afghan generations defeat the British Empire and the Soviet Union.

Here are just a couple of noteworthy segments:

Addressing his own fighters he says:

Pay special attention to targeting occupiers, their mercenaries and important targets only while launching martyrdom (self-sacrificing) operations. It is a religious duty of every Muslim to avoid harming ordinary people. There is no Islamic justification for killing and injuring ordinary people nor is there any space in our holy religion for such an act.

The cunning enemy wants to defame mojahedin by launching bloody attacks among the people (in religious centres, mosques and similar places) and then call their attacks martyrdom attacks. Mojahedin should be vigilant about enemy tactics and never engage in this kind of activity.

You should prioritize pleasure of Allah and wellbeing of your oppressed nation. You should respect elders and prominent figures and be kind to youngsters. Ensure justice in social affairs and make sure that everyone’s rights are upheld.

America’s foreign misadventures now, as so often in the past, are spurred by a missionary zeal. However cynical many a policymaker’s motives might be, there are plenty of young Americans on the ground who sincerely believe that they are in Afghanistan to help. But as Nick Mills wisely observes:

Ever since the Pottery Barn Rule was invoked to underline America’s moral responsibility for the fate of Iraq, we have been burdened by a false sense of duty — a duty to set right what we have fractured.

What we should instead keep in mind is what might be called the Rear End Rule: if you slam in to the back of someone else’s car, don’t expect the owner of the other car to be grateful when you solemnly promise to repair the damage yourself. Where there’s a will there isn’t always a way.