At the beginning of November Omar Barghouti and George Fletcher debated BDS at Columbia University. The event was moderated by Laura Flanders from GRITtv, who posted this great video of the event. Check it out. [continued…] 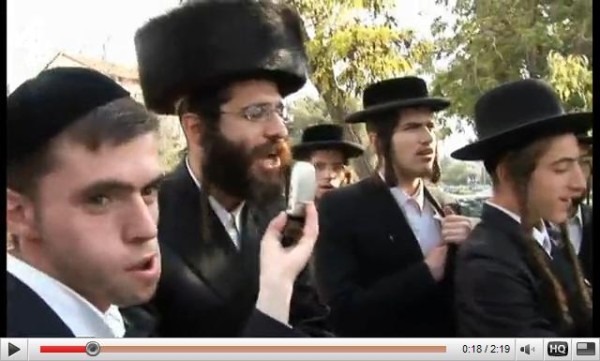 Unreported World travels to Israel to reveal how the rapid growth of Jewish ‘fundamentalists’ is creating tension within Israeli society and endangering any negotiations on a peace deal with the Palestinians.

Reporter Evan Williams and director Alex Nott begin their journey in the Mea Sharim district of Jerusalem. It’s the heartland of ultra-Orthodox Jews known as the Haredi, or ‘those who fear God’. They find a poor, overcrowded part of the city where everyone is wearing clothes in the style of 18th-century Europe, from where most of their ancestors came. ‘We are the real Jews,’ says one community leader, ‘everyone else in Israel just happens to be born Jewish.’

Many of the Haredi sects were almost wiped out in the Holocaust. But their numbers are growing fast. Haredi are the fastest growing segment of Israeli society, with many families having as many as eight children. ‘Every 20 years we have a community that is growing at eight or nine times,’ says one of the Haredi men to Williams. ‘It means we are growing in size and influence.’

Many Haredi men in Israel don’t work as they receive government subsidies to spend their entire lives studying the Torah and religious texts. One Rabbi from the Reform wing of Judaism tells Williams that, because Haredis are exempt from military service and heavily subsidised, they are creating huge tensions within the country. [continued…]