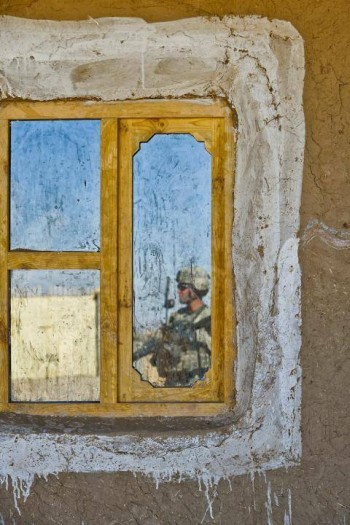 mong the many unanswered questions about President Obama’s approach to the war in Afghanistan, there is at this point one thing about which we can be certain: He does indeed regard this as a war of necessity.

But necessary for what?

Nah. Much as Americans have been indoctrinated to believe that eradicating terrorism might be akin to eradicating smallpox — an endeavor which if engaged with sufficient thoroughness could actually have an end — it should by now be clear to all but the most simple-minded that the kernel of the episodic terrorist threat to America is contained in dangerous and highly contagious ideas. It is not confined to a particular group of people confined to a particular location. The war in Afghanistan is doing more to cultivate the conditions for a continuation of that threat rather than being an instrument for its removal.

Necessary for ending the war in Iraq?

In part, yes — at least this was the presidential campaign logic. The war in Iraq needed to be wrapped up as quickly as possible because that war was a distraction and the war in Afghanistan was a necessity.

Obama’s opposition to the war in Iraq could only be sold in a campaign against hawkish Republicans if he could prove he was not an opponent of war per se — just an opponent of that particular one. “I am not opposed to all wars. I’m opposed to dumb wars,” Obama said in 2002 when laying out his credentials as an un-antiwar Illinois State Senator.

In the 2008 campaign, Obama’s proof that he possessed an adequate level of war-zest was to pronounce that he was a true believer when it came to the war in Afghanistan — the righteous war; the necessary war; the real war; the war the George Bush had neglected to win.

Maybe. The answer to that question might well be contained in the genesis of July 2011 as the date US troops will start pulling out of Afghanistan. As CBS News reports, that date is “locked in”. “The president told [press secretary Robert Gibbs, the date — contrary to assertions from US senators] IS locked in — there is no flexibility. Troops WILL start coming home in July 2011. Period. It’s etched in stone. Gibbs said he even had the chisel.”

The Pentagon doesn’t like firm dates. It cleaves firmly to the line that everything is provisional, depending on the current conditions. So it’s hard to believe that General McChrystal or General Petraeus would have volunteered this timetable.

Did it come from David Axelrod? Does July 2011 fit as a “necessity” into a 2012 campaign calender?

4 thoughts on “Obama’s war of necessity”