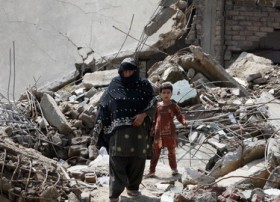 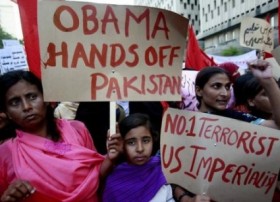 In his speech last week, Mr. Obama laid down a marker for Islamabad, declaring “we cannot tolerate a safe haven for terrorists whose location is known and whose intentions are clear.” In private, administration officials have been even more explicit, warning Pakistani leaders that if they don’t act the United States will, including with more attacks by unmanned aircraft.

Such strikes have killed several top extremists, but the program is hugely unpopular in Pakistan and Mr. Obama must be judicious about expanding it. That means three things: extremely careful targeting, no civilian casualties or as few as possible, and no publicity.

Drones won’t be enough. Pakistan’s civilian and military leaders must finally be persuaded that this is not just America’s war, it is central to their survival. In recent months, the Pakistan Army has gone after Taliban fighters in the Swat Valley and Waziristan. Yet the Army leadership is refusing to strike at the heart of the Taliban command in Baluchistan Province. [continued…]

Editor’s Comment — Subject as I am to occasionally feeling the allure of a conspiracy theory, it’s hard to avoid thinking that the New York Times is, or at least sees itself, as a quasi-branch of government. It’s proclivity to function as a fourth branch appears after all to be so much better developed than its interest in belonging to the Fourth Estate. Rather than question the administration it would much more happily collaborate.

The task at hand now is to persuade the Pakistanis that the Americans have a better understanding of what’s going on inside their own country than they do. At the same time, the US needs to expand its clandestine war in Pakistan and the New York Times gravely advices that this must be done with “no publicity”.

What kind of a newspaper calls on a government to conduct warfare in secrecy? What kind of paper would advocate that no one photograph the dead?

A paper of record that has swallowed the talking points hook, line and sinker, that the fastest way to end the war is by expanding it.

It’s onward ho! to Baluchistan for Mr Keller and his prim armchair warriors.

Pakistan told to ratchet up fight against the Taliban
By David E Sanger and Eric Schmitt, New York Times, December, 2009

he Obama administration is turning up the pressure on Pakistan to fight the Taliban inside its borders, warning that if it does not act more aggressively the United States will use considerably more force on the Pakistani side of the border to shut down Taliban attacks on American forces in Afghanistan, American and Pakistani officials said.

United States officials said the message did not amount to an ultimatum, but rather it was intended to prod a reluctant Pakistani military to go after Taliban insurgents in Pakistan who are directing attacks in Afghanistan.

For their part the Pakistanis interpreted the message as a fairly bald warning that unless Pakistan moved quickly to act against two Taliban groups they have so far refused to attack, the United States was prepared to take unilateral action to expand Predator drone attacks beyond the tribal areas and, if needed, to resume raids by Special Operations forces into the country against Al Qaeda and Taliban leaders. [continued…]