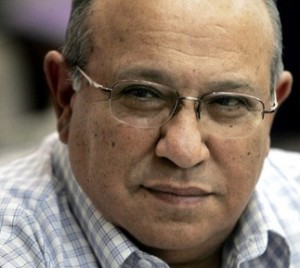 ven among Israel’s tough security chiefs, Meir Dagan has always been known for his raw nerve. As a military trainee he would wander around the base during his off hours flinging a knife at trees and telephone poles like a circus entertainer, one fellow soldier recalls. He earned one of his first decorations as a young commando in Gaza, for snatching a live grenade from the hands of an enemy fighter. Long-haired and confident, Dagan would sometimes bring his pet Doberman, Paco, along on raids. His propensity for solving problems by force continued even after he retired from the military. He was leading a task force on terrorist financing in 2001 when his men told him they had discovered a European bank being used to channel money from Iran to Hamas. “We have the address, no?” Dagan asked his intel officers, according to a participant in the meeting, who asked not to be named for fear of angering Dagan. “Burn it down!” The horrified intelligence officers stalked out of the room in protest. (Dagan declined any comment for this story.)

Soon afterward Dagan was brought in to rejuvenate the Mossad, Israel’s storied foreign intelligence serv-ice. Eight years later, after a string of covert successes attributed to the agency, he has become the country’s longest-serving and most influential spy chief. His men revere him (an affection that does not extend to all their bosses, according to a recent internal survey cited by Mossad sources); even Israel’s civilian leaders heed his strategic advice. But critics say his influence has been achieved at a cost: Dagan, 64, has systematically reoriented the Mossad to focus almost exclusively on what he (and most Israelis) see as the dominant threat to the country—Iran. He views almost all of Israel’s national-security challenges through that prism. [continued…]