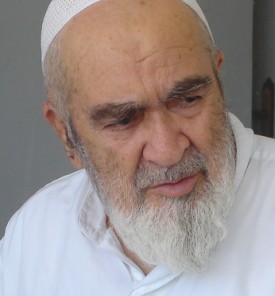 The impromptu mourning — with reformist supporters reportedly streaming in from Tehran and further afield — threatens to set the stage for another confrontation between opposition protesters and government forces. Antiregime demonstrators have used government-sanctioned holidays and Islamic holy days to rally publicly against President Mahmoud Ahmadinejad, who won contested presidential elections in June.

Spontaneous protests erupted across several cities in Iran and at university campuses, according to video circulating on the Internet Sunday afternoon. In one clip in Najaf-Adad, Mr. Montezeri’s home town, crowds chanted, “Our green Montazeri, congratulations on your freedom,” and “Montazeri, your path will continue.” [continued…]

At the height of Iran’s bloody civil unrest this year, a young doctor named Ramin Pourandarjani defied his superiors. He refused to sign death certificates at a Tehran prison that he said were falsified to cover up murder.

He testified to a parliamentary committee that jailers were torturing and raping protesters, his family says. He told friends and family he feared for his life.

And on Nov. 10, the 26-year-old doctor was found dead in the military clinic where he lived and worked. [continued…]