Tens of thousands of hard-line government supporters turned out for state-sponsored rallies Wednesday, some of them calling for the execution of opposition leaders as Iran’s police chief threatened to show “no mercy” in crushing any new protests by the pro-reform movement.

Pro-government rallies were staged in Shiraz, Arak, Qom and Tehran, among other cities. Demonstrators at a rally in Tehran chanted “Death to Mousavi,” a reference to opposition leader Mir Hossein Mousavi. Some shouted “Rioter hypocrites must be executed” and held up a banner that read: “We sacrifice our blood for supreme leader.”

The government gave all civil servants and employees a day off to attend the rallies and organized buses to transport groups of schoolchildren and supporters from outlying rural areas to the protests. [continued…] 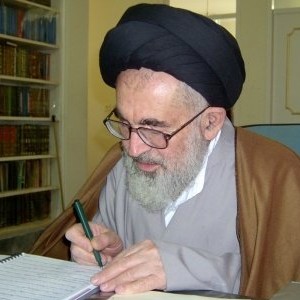 ilitia forces that had been surrounding the Qoba Mosque in Shiraz since early Tuesday morning mounted attacks on the mosque where Ayatollah Seyyed Ali Mohammad Dastgheib delivers sermons.

Ayatollah Dasteghieb’s students positioned themselves inside the mosque and tried to keep the ‘invaders’ from entering the sacred place of worship. A group of the Grand Ayatollah’s supporters rushed to the scene to help safeguard the mosque.

Ayatollah Dastgheib issued a statement of warning on Monday against the illegal behavior of authorities and a crackdown on protestors.

Ayatollah Dastgheib is a Shia Source of Emulation and a member of the Assembly of Experts, the body tasked with appointing a new Leader for the Islamic Republic in the event of the Leader’s death.

Iran’s tottering regime is fighting for its very life
By Emile Hokayem, The National, December 30, 2009

Many observers expected the movement, a disparate mix of opposition groups that has taken to the streets since the fraudulent presidential elections of June 12, to lose momentum after the initial protests. Repression, intimidation and disorganisation would lead to resignation among the movement’s followers. Some argued that because it was bourgeois (for which read illegitimate and superficial) and apparently confined to urban areas, it did not reflect any genuine popular desire to shake the system. In fact, the protesters were the ones rejecting the democratic return of Mahmoud Ahmadinejad to the presidency.

The opposition’s leaders – under constant surveillance, cut off from their base and with no plan (or intention) to overturn the system put in place by Ayatollah Ruhollah Khomeini – could be punished, perhaps even lured back. The regime could count on Iran’s rural poor, who had benefited from the largesse of Mr Ahmadinejad’s populist policies, and on the republic’s committed security apparatus.

That expectation and these assumptions have proved wrong: the depth of discontent with the nature and workings of the regime clearly cuts across social and regional divides. It may seem to be on a roll in the Middle East, boasting of regional political successes against the US and technological prowess in its nuclear programme, but there is something rotten at the heart of the Islamic Republic. [continued…]

A spokesman for the Iranian Foreign Ministry confirmed the request today. “Since it [the request] is for a parliamentary visit, the issue has been referred to the parliament. The legislative officials are studying the case and they are in charge for providing a response,” Ramin Mehman-Parast said at a weekly press conference.

According to Fars, Iranian Parliament Speaker Ali Larijani also confirmed today that Kerry has made a formal request to visit Tehran. [continued…]

The Obama administration is readying sanctions against discrete elements of the Iranian government, including those involved in the deadly crackdown on Iranian protesters, marking a shift to a more aggressive U.S. posture toward the Islamic republic, U.S. officials said.

Ten months after President Obama set a year-end deadline for Iran to engage with world powers on its nuclear program, the government in Tehran has failed to respond in kind, other than an abortive gesture in the fall.

Now, in what may be a difficult balancing act, officials say the administration wants to carefully target sanctions to avoid alienating the Iranian public — while keeping the door ajar to a resolution of the struggle over Iran’s nuclear program. The aim of any sanctions is to force the Tehran government to the negotiating table, rather than to punish it for either its apparent push to develop a nuclear weapon or its treatment of its people. [continued…]