YEAR IN REVIEW: When will it be our time?
By Mustafa Barghouti, New York Times, December 16, 2009 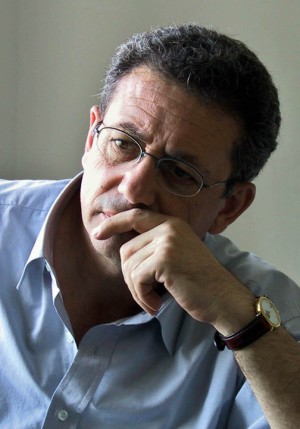 have lived my entire adult life under occupation, with Israelis holding ultimate control over my movement and daily life.

When young Israeli police officers force me to sit on the cold ground and soldiers beat me during a peaceful protest, I smolder. No human being should be compelled to sit on the ground while exercising rights taken for granted throughout the West.

It is with deepening concern that I recognize the Obama administration is not yet capable of standing up to Israel and the pro-Israel lobby. Our dream of freedom is being crushed under the weight of immovable and constantly expanding Israeli settlements.

Days ago, the State Department spokesman, Ian Kelly, managed only to term such illegal building “dismaying.” The Israeli foreign minister, Avigdor Lieberman, stands up and walks out on the U.S. envoy, George Mitchell, every time the American envoy mentions East Jerusalem.

And Javier Solana, just prior to completing his stint as European Union foreign policy chief, claimed Palestinian moves toward statehood “have to be done with time, with calm, in an appropriate moment.” He adds: “I don’t think today is the moment to talk about that.”

If Israel insists on hewing to antiquated notions of determining the date of another people’s freedom then it is incumbent on Palestinians to organize ourselves and highlight the moral repugnance of such an outlook.

Through decades of occupation and dispossession, 90 percent of the Palestinian struggle has been nonviolent, with the vast majority of Palestinians supporting this method of struggle. Today, growing numbers of Palestinians are participating in organized nonviolent resistance.

In the face of European and American inaction, it is crucial that we continue to revive our culture of collective activism by vigorously and nonviolently resisting Israel’s domination over us. [continued…]