Pat Robertson is at it again. The purported Christian minister who suggested assassinating Venezuela leader Hugo Chavez and nuking the U.S. State Department, the reputed follower of Jesus who blamed the 9/11 terrorist attacks and Hurricane Katrina on pagans, abortionists, feminists, gays and lesbians, is now attributing the Haitian earthquake to Haiti’s “pact to the devil.”

“Something happened a long time ago in Haiti and people might not want to talk about,” Robertson said Tuesday on his 700 Club show. “They were under the heel of the French, you know Napoleon the third and whatever. And they got together and swore a pact to the devil. They said ‘We will serve you if you will get us free from the prince.’ True story. And so the devil said, ‘Ok it’s a deal.’ And they kicked the French out. The Haitians revolted and got something themselves free. But ever since they have been cursed by one thing after another.” [continued…]

Editor’s Comment — Stripped to their psychological core, there are two responses that animate life: attraction and recoil. The interplay of these two movements operates in one of its most complex ways when we witness the suffering of others. Do we empathize and through our imagination enter into that suffering, or do we move with the core and instinctive reflex which is to step away? Inevitably and in infinitely varying degrees we do both.

Pat Robertson, with his warm and fuzzy, how tragic — but those Haitians had it coming, offers a salve to the selfish response by suggesting that this disaster is an act of divine retribution. In so doing he creates a space for sympathy with no empathy. White suburban evangelical Americans can be charitable but sleep soundly knowing that since they have not made a pact with the devil, they should have no fear that they might suffer like the Haitians.

Meanwhile, for those of us who see neither the divine nor the demonic at work in nature, we have another reminder that since misery is never far away our only hope will be found in mutual aid.

How you can help. 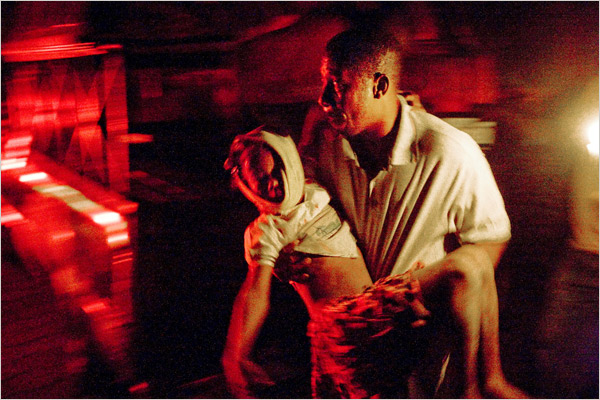 resident Barack Obama says “one of the largest relief efforts in our recent history” is moving toward Haiti. Some U.S. resources already are on the ground providing water and medicine, search and rescue efforts and airlifts of the injured.

Speaking to reporters Thursday at the White House, Obama said the U.S. government is making an initial investment of $100 million for the earthquake relief effort in Haiti. He said the amount would grow over the year.

He said it will take hours “maybe days” to get the full U.S. relief contingent on the ground, because of the damaged roads, airport, port and communications. He acknowledged that “none of this will seem quick enough” to the many suffering. [continued…]

3 thoughts on “Haiti, the devil and Pat Robertson”