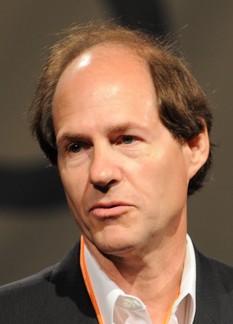 ass Sunstein has long been one of Barack Obama’s closest confidants. Often mentioned as a likely Obama nominee to the Supreme Court, Sunstein is currently Obama’s head of the Office of Information and Regulatory Affairs where, among other things, he is responsible for “overseeing policies relating to privacy, information quality, and statistical programs.” In 2008, while at Harvard Law School, Sunstein co-wrote a truly pernicious paper proposing that the U.S. Government employ teams of covert agents and pseudo-“independent” advocates to “cognitively infiltrate” online groups and websites — as well as other activist groups — which advocate views that Sunstein deems “false conspiracy theories” about the Government. This would be designed to increase citizens’ faith in government officials and undermine the credibility of conspiracists. The paper’s abstract can be read, and the full paper downloaded, here.

Sunstein advocates that the Government’s stealth infiltration should be accomplished by sending covert agents into “chat rooms, online social networks, or even real-space groups.” He also proposes that the Government make secret payments to so-called “independent” credible voices to bolster the Government’s messaging (on the ground that those who don’t believe government sources will be more inclined to listen to those who appear independent while secretly acting on behalf of the Government). This program would target those advocating false “conspiracy theories,” which they define to mean: “an attempt to explain an event or practice by reference to the machinations of powerful people, who have also managed to conceal their role.” Sunstein’s 2008 paper was flagged by this blogger, and then amplified in an excellent report by Raw Story’s Daniel Tencer. [continued…]

Editor’s Comment — Glenn Greenwald’s whole analysis is well worth reading but I’ll make a couple of points. If Sunstein gave more attention to where conspiracy theories come from, he’d come at this issue from a completely different direction.

Buried deep in his paper is the following remark:

… we have conjectured that there is a causal link between the prevalence of conspiracy theories and the relative absence of civil liberties and a well-functioning marketplace of ideas, so it is unsurprising that such theories are even more widespread in the Muslim world than in the United States.

But as soon as has he makes this important observation he goes on to imply that the US government can exploit political repression overseas to its advantage. He notes that in the foreign arena “the U.S. enjoys greater freedom of action, in part because domestic U.S. politics will tolerate some actions abroad that it would not tolerate if taken at home.”

What Sunstein fails to do is look at the psychological dynamics in play in situations that provide fertile ground for the proliferation of conspiracy theories.

The US, relative the Middle East, might enjoy the protection of civil liberties and a marketplace of ideas — though I don’t know that anyone could seriously describe the latter as well-functioning — yet the appetite for conspiracy theories here, particularly relating to 9/11, is huge.

This is a reflection of two things:
1. Massive and historically deep-rooted mistrust of government, and
2. The widespread and well-founded belief that the citizens of this country exercise little influence over the workings of government.

Both of these factors (and especially the second one) serve to reinforce a profound sense of the grossly inequitable distribution of political power and a subjective experience in which government appears all-powerful and the individual essentially powerless.

The instinctive response to feelings of powerlessness is to grasp hold of a narrative of agency. Rather than feel that we are living in a world out of control, we prefer to believe that the control we lack is possessed by someone or something else. That might be a supposedly benign entity such as a loving God, or alternatively a cloaked and dangerous entity: the US government, a global Zionist conspiracy, aliens… you name it.

The psychological comfort that a belief in malevolent agency provides, is that it tells us we are not truly impotent but we have been deprived of the opportunity to exert our natural power. We are imprisoned but we can still rattle the bars.

Circling back to the problem that Sunstein wants to address, a real solution would not involve any of his preferred Orwellian machinations.

If the US government wants to challenge dangerous conspiracy theories it needs to pursue two far-reaching political goals:

For as long as neither of these goals have effectively been accomplished, conspiracy theories will remain popular. They should be seen for what they are: a symptom of an underlying socio-political disease; not the disease itself. People who think like Sunstein are part of the problem; not the solution.