The Haiti I love is still there
By Michael Deibert, Salon, January 22, 2010 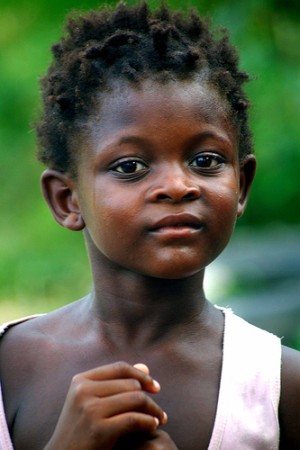 ar from being the looting mobs that some media have portrayed them as, hardly anyone who has witnessed the response of the Haitians to this great catastrophe has not been moved by their incredible resilience and solidarity and their intact sense of humor in the face of an unimaginable tragedy.

As all the pillars of the Haitian state — a state that has often seemed only able to rouse itself to parasitically victimize its own people when it did make its presence felt — collapsed around them, the Haitians helped one another, dug through rubble, prayed, sang and showed everyone who has watched them what the meaning of true perseverance in the face of adversity looks like, even though the losses have been tremendous and irreplaceable.

Micha Gaillard, a university professor and son of one of Haiti’s eminent historians, was one of the first political leaders I met while traveling to Haiti, and I recall him greeting me in his modest home in the Turgeau neighborhood as his charming wife, Katy, prepared us coffee. Katy passed away far too early a few years ago, and Micha died after the Palais de Justice collapsed on him, dying in what must have been agony after having been trapped for many hours. Three of the country’s foremost feminist thinkers — Myriam Merlet, Magalie Marcelin and Anne Marie Coriolan — also died that day. The damage to the country’s artistic heritage, from the almost-total collapse of the Episcopal Cathédrale Sainte Trinité, which boasted stunning indigenous murals by such eminent Haitian painters as Wilson Bigaud and Philome Obin, to the loss of much of the Nader art collection, probably the best private collection of Haitian art in the world, is incalculable.

Sometimes since I have returned to Haiti in the immediate aftermath of the earthquake, I have felt as if I would be overcome by despair. Looking at block after block of ruins throughout the capital’s downtown, or seeing the terrible death and destruction caused by the collapse of the Université de Port-au-Prince, ringed by weeping, desperate relatives of those lost, one almost wants to turn away.

But the Haitians, always the Haitians, keep one going, and seeing their dignity in this moment has made me love them and their battered country as never before. [continued…]

Editor’s Comment — Dignity is perhaps the most precious human resource on the planet and its distribution bears no relationship with the distribution of material wealth. Indeed, it is so often to be found in greatest abundance among those who possess the least. That’s why at times such as these, hands reached out in help should also offer respect.