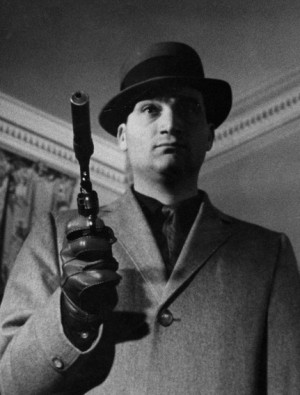 Twelve years ago, after Benjamin Netanyahu personally directed Mossad assassins to try and murder Khalid Meshaal in Amman, Jordan, President Clinton expressed his frustration with the Israeli leader, saying: “I cannot deal with this man. He is impossible.”

In accordance of the diplomatic norms of the era, it was seen as preposterous that Israel would send its agents onto the streets of a neighboring friendly capital to murder one of its enemies and for them to do so while posing as Canadians. Moreover, Israeli agents had been caught in the act and were in custody. The Jordanians had been embarrassed and an antidote to the deadly poison injected into Meshaal would have to be promptly administered if Israel wanted its operatives released. Only under US pressure did Netanyahu yield.

If the murder of Mahmoud al Mabhouh in a hotel in Dubai eleven days ago happens to have been performed by another team of Netanyahu’s hit men, what might President Obama’s response have been?

“Are there any useful lessons for the United States here Mr Prime Minister?”

It turns out that contract killing — something that President George W Bush opened the door to but didn’t pursue with vigor — has been embraced with surprising passion by his successor.

Is it for that proverbial reason that dead men don’t talk or equally that dead al Qaeda operatives don’t present the many legal conundrums as do those caught alive? Is it that detention below rather than above ground has simply become a matter of political expedience?

There are now officers in the CIA who supposedly have the legal authority to sign a death warrant on the basis that an individual is “deemed to be a continuing threat to U.S. persons or interests.”

There is a level of accountability. We’re not told who signs these death warrants but we can rest assured that those who sit on Obama’s death panels must sign their names in ink. These are not a death sentences delivered by email or text message.

As the LA Times reports:

Former officials involved in the program said it was handled with sober awareness of the stakes. All memos are circulated on paper, so those granting approval would “have to write their names in ink,” said one former official. “It was a jarring thing, to sign off on people getting killed.”

Jarring perhaps, yet the greatest human frailty is that moral judgment so easily yields to the legitimizing power that flows from normality. And nothing shapes normality more effectively than bureaucracy.

Set up a bureaucratic process and — as the Nazis proved — anything becomes possible. Through faithfulness to a government-endorsed procedure almost anyone will sooner or later become willing to suspend the timid dictates of their own conscience.

The LA Times describes in clinical terms the process that runs from signature to incineration:

The CIA sequence for a Predator strike ends with a missile but begins with a memo. Usually no more than two or three pages long, it bears the name of a suspected terrorist, the latest intelligence on his activities, and a case for why he should be added to a list of people the agency is trying to kill.

The list typically contains about two dozen names, a number that expands each time a new memo is signed by CIA executives on the seventh floor at agency headquarters, and contracts as targets thousands of miles away, in places including Pakistan and Yemen, seem to spontaneously explode.

No U.S. citizen has ever been on the CIA’s target list, which mainly names Al Qaeda leaders, including Osama bin Laden, according to current and former U.S. officials. But that is expected to change as CIA analysts compile a case against a Muslim cleric who was born in New Mexico but now resides in Yemen.

When America’s contract killers target their first US citizen, will his fellow citizens pay much attention? Probably not. He has an Arabic name and dark skin — he’s suitably other. If Anwar al Awlaki is eliminated, the CIA’s hit list will briefly get shorter.