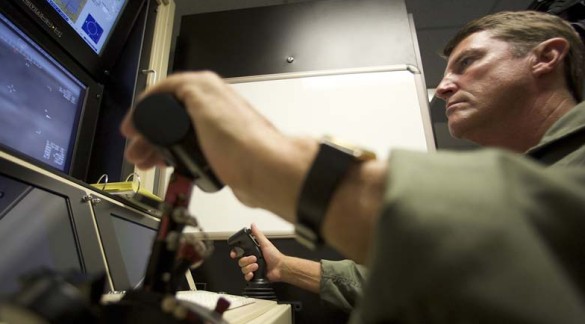 In Shakespeare’s Henry V, as the Battle of Agincourt is about to commence, the king addresses his men — “We few, we happy few, we band of brothers” — heavily outnumbered by the French and facing the risk of imminent slaughter. 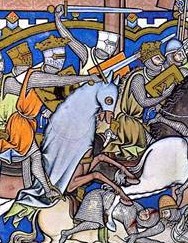 Henry — a king who fights with his men and doesn’t simply issue commands — declares:

… he which hath no stomach to this fight,
Let him depart; his passport shall be made,
And crowns for convoy put into his purse;
We would not die in that man’s company
That fears his fellowship to die with us.

To the extent that there is a noble dimension to warfare it is this: that those willing to kill are also willing to die. Those taking the lives of others do so knowing that just as easily they could lose their own.

The technological advance of war has broken this equation and broken it so thoroughly that not only do a new class of killers face no risk of being killed; they may not even lose any sleep.

A drone pilot can fire on an insurgent dug into the Afghan hills and be home in time for a backyard barbecue. In just an hour or two, the pilot can go from a heated argument with a spouse to a tense radio conversation with an amped-up soldier pinned down by weapons fire.

“On the drive out here, you get yourself ready to enter the compartment of your life that is flying combat,” said retired Col. Chris Chambliss, who until last summer commanded drone operations at Creech Air Force Base, the command center for seven Air Force bases in the continental U.S. where crews fly drones over Iraq and Afghanistan. “And on the drive home, you get ready for that part of your life that’s going to be the soccer game.”

Drone crews don’t put their lives at risk. Instead, they juggle vast streams of video and data. With briefings both before and after their missions, their workdays typically stretch to 10 or 11 hours. Many of the pilots are experienced military fliers, but the camera operators tend to be much younger — often only 19 or 20, and new to the stresses of combat.

Mirroring the remote warfare of the drone operator is an unspoken compact between civilians and soldiers: The threshold at which this nation offers its tacit consent to war now corresponds not with the degree to which we embrace its gravity but the degree to which it can be ignored.

Ours have become wars of indifference whose advance is commensurate with the attrition of bravery.

2 thoughts on “The attrition of bravery”