In the United States it isn’t just suspected terrorists who are subject to cruel and unusual punishment. The case of Tommy Silverstein highlights the extremes that can be found inside the largest prison system in the world: 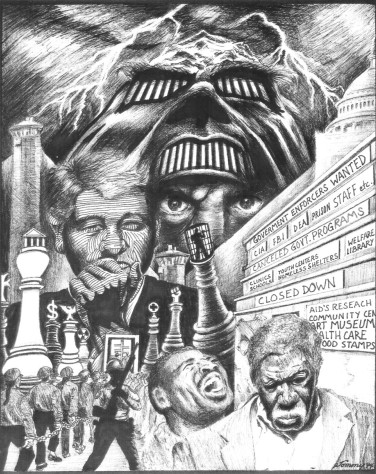 Tommy Silverstein has been held in solitary confinement for the past 27 years, longer than anyone else in the federal prison system, his lawyers say.

He is locked up at the high-security prison in Florence, Colorado, known as Supermax. The lights are always on. Guards who slip him food through a slot in his cell door usually ignore him. A few times a week, he is permitted to exercise in the recreation room — alone. Visits with his family and his lawyers are conducted through Plexiglas.

Silverstein’s isolation is the result of an unusual no-human-contact order issued by a judge in 1983, after he murdered a guard at the federal prison in Marion, Illinois. Marion was known at the time as the most rigorous confinement in the federal prison system.

Silverstein has referred to his solitary existence as “a slow, constant peeling of the skin.”

His attorneys, who are affiliated with the University of Denver, filed a lawsuit against the U.S. Bureau of Prisons in 2007, alleging that such prison conditions violate the cruel and unusual punishment clause of the Eighth Amendment. The lawsuit, filed in the federal district court of Colorado, is awaiting trial.