As President Obama prepares to present his first Nuclear Posture Review, the news is that he’s about to announce plans to eliminate thousands of nuclear weapons from the United States arsenal. So good so far — but it gets worse from here on in.

If a smaller arsenal might look like a step towards the elimination of nuclear weapons, the fact that this president wants to retain a first strike option is not a step in the right direction. Worst of all are the designs for a non-nuclear future in the shape of what is called “Prompt Global Strike” — the ultimate form of remote warfare through which the US could strike any target on the planet in less than an hour.

This is how the New York Times describes the new class of non-nuclear weapons:

The idea, officials say, would be to give the president a non-nuclear option for, say, a large strike on the leadership of Al Qaeda in the mountains of Pakistan, or a pre-emptive attack on an impending missile launch from North Korea. But under Mr. Obama’s strategy, the missiles would be based at new sites around the United States that might even be open to inspection, so that Russia and China would know that a missile launched from those sites was not nuclear — to avoid having them place their own nuclear forces on high alert.

Better than firing nuclear weapons, isn’t it? Of course. But the one virtue of strategic nuclear weapons is that their use has seemed unthinkable to a point where we’ve gone 65 years without their use — apart from in testing.

To call Prompt Global Strike a “non-nuclear option” is to imply that it is some kind of relatively benign alternative to nuclear force. On the contrary, what we’re looking at here are two classes of weapons of mass destruction: one whose primary function is that they be held in reserve as a diabolical threat; the other system is very much designed for use. Indeed, one can imagine that at some point in his or her term of office, every American president will make a point of showcasing American power with a prompt global strike.

Noah Shachtman describes how this would work: 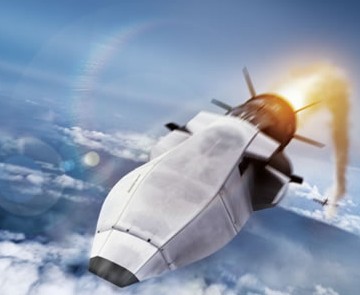 A tip sets the plan in motion — a whispered warning of a North Korean nuclear launch, or of a shipment of biotoxins bound for a Hezbollah stronghold in Lebanon. Word races through the American intelligence network until it reaches U.S. Strategic Command headquarters, the Pentagon and, eventually, the White House. In the Pacific, a nuclear-powered Ohio class submarine surfaces, ready for the president’s command to launch.

When the order comes, the sub shoots a 65-ton Trident II ballistic missile into the sky. Within 2 minutes, the missile is traveling at more than 20,000 ft. per second. Up and over the oceans and out of the atmosphere it soars for thousands of miles. At the top of its parabola, hanging in space, the Trident’s four warheads separate and begin their screaming descent down toward the planet. Traveling as fast as 13,000 mph, the warheads are filled with scored tungsten rods with twice the strength of steel. Just above the target, the warheads detonate, showering the area with thousands of rods-each one up to 12 times as destructive as a .50-caliber bullet. Anything within 3000 sq. ft. of this whirling, metallic storm is obliterated.

If Pentagon strategists get their way, there will be no place on the planet to hide from such an assault.

What Prompt Global Strike is really about is turning inter-continental ballistic missiles (minus nuclear warheads) into usable weapons.