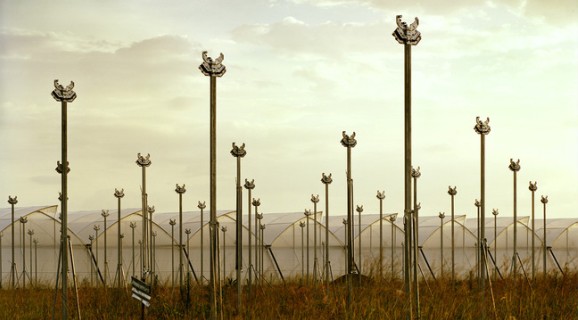 Rich countries, faced with the prospect of future food shortages, are buying up massive tracts of land in Ethiopia and elsewhere across the continent with little regard for the rights and needs of the indigenous populations.

The land rush, which is still accelerating, has been triggered by the worldwide food shortages which followed the sharp oil price rises in 2008, growing water shortages and the European Union’s insistence that 10% of all transport fuel must come from plant-based biofuels by 2015.

In many areas the deals have led to evictions, civil unrest and complaints of “land grabbing”.

The experience of Nyikaw Ochalla, an indigenous Anuak from the Gambella region of Ethiopia now living in Britain but who is in regular contact with farmers in his region, is typical. He said: “All of the land in the Gambella region is utilised. Each community has and looks after its own territory and the rivers and farmlands within it. It is a myth propagated by the government and investors to say that there is waste land or land that is not utilised in Gambella.

“The foreign companies are arriving in large numbers, depriving people of land they have used for centuries. There is no consultation with the indigenous population. The deals are done secretly. The only thing the local people see is people coming with lots of tractors to invade their lands.

“All the land round my family village of Illia has been taken over and is being cleared. People now have to work for an Indian company. Their land has been compulsorily taken and they have been given no compensation. People cannot believe what is happening. Thousands of people will be affected and people will go hungry.”

Al Amoudi’s plans raise a recurring question surrounding investment in food production: who will reap the benefits? As we drove down to the waterside, through fields dotted with massive sycamores, a farm supervisor told me that the 2,000-acre enterprise currently produces food for the local market, but there were plans to irrigate with water from the lake, and to shift the focus to exports. In the distance, dozens of laborers were bent to the ground, planting corn and onions.

Later, when I asked a couple of workers how much they were paid, they said nine birr each day, or around 75 cents. It wasn’t much, but Al Amoudi’s defenders say that’s the going rate for farm labor in Ethiopia. They argue that his investments are creating jobs, improving the productivity of dormant land and bringing economic development to rural communities. “We have achieved what the government hasn’t done for how many years,” says Arega Worku, an Ethiopian who is an agriculture adviser to Al Amoudi. (Al Amoudi declined to be interviewed.) Ethiopian journalists and opposition figures, however, have questioned the economic benefits of the deals, as well as Al Amoudi’s cozy relationship with the ruling party.

By far the most powerful opposition, however, surrounds the issue of land rights — a problem of historic proportions in Ethiopia. Just down the road from the farm on Lake Ziway, I caught sight of a gray-bearded man wearing a weathered pinstripe blazer, who was crouched over a ditch, washing his shoes. I stopped to ask him about the fence, and before long, a large group of villagers gathered around to tell me a resentful story. Decades ago, they said, during the rule of a Communist dictatorship in Ethiopia, the land was confiscated from them. After that dictatorship was overthrown, Al Amoudi took over the farm in a government privatization deal, over the futile objections of the displaced locals. The billionaire might consider the land his, but the villagers had long memories, and they angrily maintained that they were its rightful owners.

1 thought on “The theft of Africa”