For weeks, the U.S. public followed the biggest offensive of the Afghanistan War against what it was told was a “city of 80,000 people” as well as the logistical hub of the Taliban in that part of Helmand. That idea was a central element in the overall impression built up in February that Marjah was a major strategic objective, more important than other district centers in Helmand.

It turns out, however, that the picture of Marjah presented by military officials and obediently reported by major news media is one of the clearest and most dramatic pieces of misinformation of the entire war, apparently aimed at hyping the offensive as a historic turning point in the conflict.

Marjah is not a city or even a real town, but either a few clusters of farmers’ homes or a large agricultural area covering much of the southern Helmand River Valley.

“It’s not urban at all,” an official of the International Security Assistance Force (ISAF), who asked not to be identified, admitted to IPS Sunday. He called Marjah a “rural community.”

Not surprisingly, it’s hard to find photographs of Marjah’s “city center”. Even so, it’s reasonable to infer that the flag-raising ceremony that took place on February 25 when the Afghan central government reclaimed control of Marjah would have taken place at some sort of center, near some sort of prominent civic building.

This is the occasion: 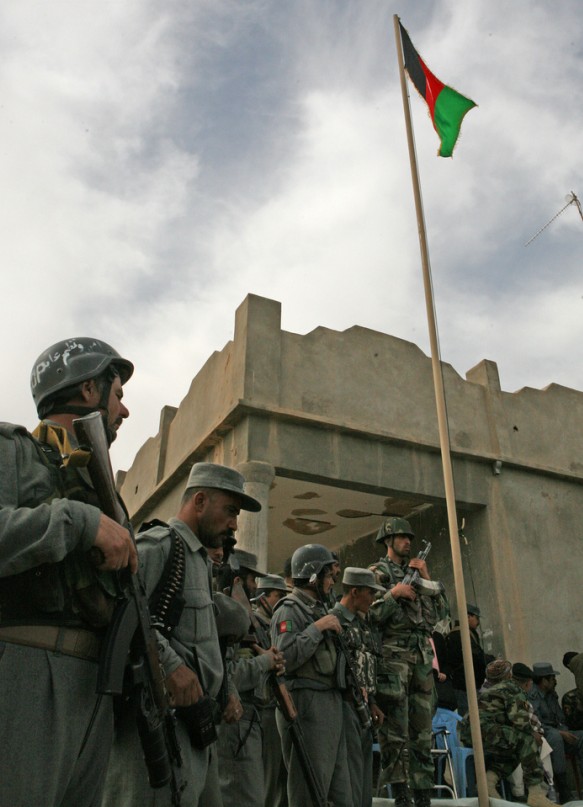 Two days earlier, while US Marines were conducting counterinsurgency operations “through a residential area of the city” one soldier found time to pet goats: 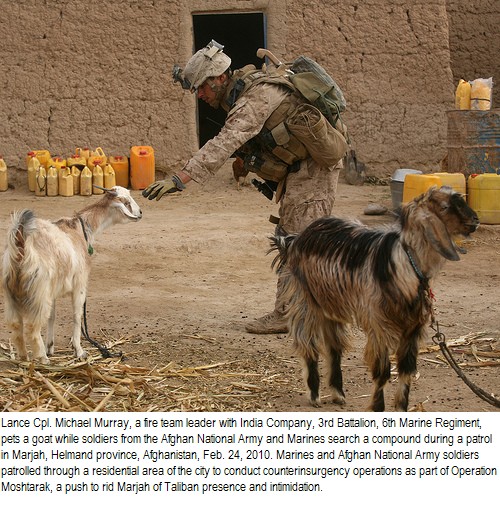 6 thoughts on “The Marjah mirage”