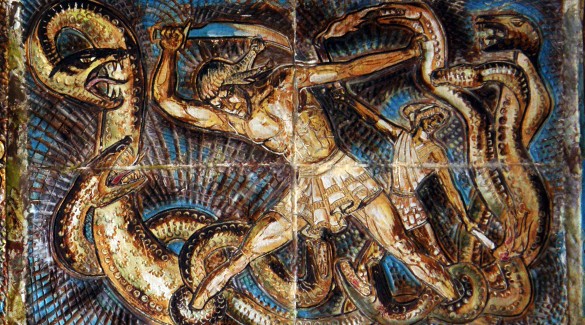 In an interview on Canada’s CTV on Monday, US Secretary of State Hillary Clinton was asked about her reaction to a suicide bombing in the Moscow subway that day:

Question: We’ve had a terrorist attack in Moscow, dozens of people dead. Is this localized, in your view, or is there a wider implication?

Clinton: Well, it’s hard to tell, but I think there is a connection among most of the terrorist activities that we’re seeing around the world. They get encouragement from each other, they exchange training, explosives, information. I don’t know the details of this particular one other than, apparently, they were women who were the suicide bombers. And we know that Moscow has had problems for a number of years now with Chechnya and other places within the Russian Federation. So there are connections. I don’t think we want to go so far as to say they’re all part of the same operation, but certainly, there is a common theme to many of them.

Clinton’s language might not be charged with metaphor but this is a reprise of the neocons’ “unity of terror” meme, an idea that was best expressed in an editorial in the Jerusalem Post in 2003.

After a bombing in Gaza had claimed three American lives the Israeli newspaper declared:

Whether it was Hamas, Islamic Jihad, or perhaps even al-Qaida itself matters little and in fact tends to distract from what the West knows but often does not like to admit: The tentacles all belong to the same enemy.

By the time Clinton had reached the end of her second interview on Canadian television she was backing away from here earlier statement: “I’m not saying there’s a connection between all of these groups, but there certainly is a familiarity, a similarity in how they conduct themselves.”

I see. We’re talking about the conduct of terrorists. Terrorists being identifiable as terrorists because they engage in acts of terrorism. And there we have it: terrorism, a word that permeates everything and means nothing.

After a decade of a global war against terrorism, this is how far America’s understanding of terrorism has advanced: a desperate need to deconstruct meaningless and misleading language has barely been touched upon.

Yet, if the truth be told and extraordinary as the claim might sound, since 9/11 it is the word terrorism — not the phenomena that it attempts to homogenize — that has actually wreaked more havoc around the world than anything al Qaeda could ever have accomplished.

This it turns out was a secret weapon which shed no blood yet crippled thought as it exploded inside the brains of countless millions, rendering otherwise reasonably intelligent people incapable of recognizing that the actions and ambitions of a tiny number of individuals with extremely limited resources could never constitute a global threat unless globalized by the very people who felt threatened.