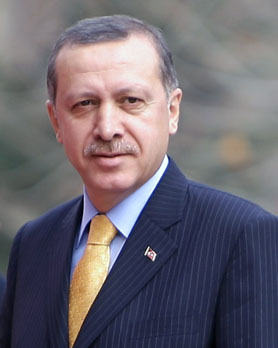 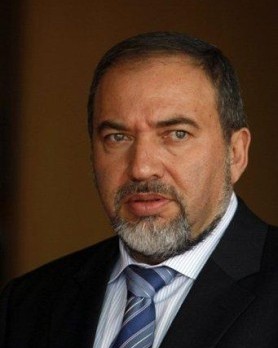 “The problem is not Turkey, the problem is Erdogan,” Israel’s foreign minister, Avigdor Lieberman, told Ynet on Monday.

Sorry Mr Lieberman: it’s you — not Turkey’s prime minister — who has a serious image problem. How many other countries in the world have a foreign minister who would best serve his county’s interests by staying at home and avoiding the media?

Today while visiting France, Recep Tayyip Erdogan, never one to spurn the diplomatic gifts that Israel so freely gives, was quick to use the opportunity to say plainly what every Western leader knows but lacks the guts to say in public: that Israel is the “principal threat to peace” in the Middle East.

Benjamin Netanyahu says: “We are interested in good relations with Turkey and regret that Erdogan chooses time after time to attack Israel,” but the Israeli prime minister and his foreign minister are indulging in an idle fantasy if they imagine they can drive a wedge between the nation of Turkey and its immensely popular leader.

Moreover, those who want to suggest or insinuate that the most populous Muslim nation that bridges Europe and Asia has somehow been led astray by its Islamist government should pay more attention to Turkey’s economy. Its growth rate is surpassed only by China’s. It survived the global economic crisis without bailing out a single bank and Erdogan has been the driving force behind an economic success story that neither Israel nor anyone else in the region can afford to ignore.

Erda Gercek spent 20 years outside Turkey, identifying stock market winners as a fund manager at Citigroup Inc. and Legg Mason Inc. Now he has moved back to his homeland, saying it’s a buy.

“In the time I was away, Turkey went from a highly volatile, boom-and-bust economy to one that’s relatively stable as inflation and interest rates came down,” Gercek, 44, said in an interview from Izmir, south of Istanbul. He said he’s “nurturing future talent,” teaching courses in fund management at Istanbul’s Bilgi University and Izmir Economy University.

The paradigm shift, as market strategist John Lomax of HSBC Holdings Plc calls it, was engineered by a government that the military and prosecutors say is trying to turn Turkey into an Islamic state. As Prime Minister Recep Tayyip Erdogan fought off pressure from secularist generals who ousted four governments since 1960 and also a lawsuit to shut his party, he reined in government spending, sold state-owned companies and crisscrossed the region to open trade doors for Turkish business.

The payoff has been average economic growth of 4.4 percent since he was first elected in 2002. Gross domestic product increased at an annual rate of 6 percent in the fourth quarter of 2009, lagging behind only China among the Group of 20 nations, the government said last week. Deputy Prime Minister Ali Babacan said April 2 the economy may have expanded by more than 10 percent in the first quarter.

Turkey’s $620-billion economy could move ahead of Germany’s to become the third-biggest in Europe by 2050, behind Russia and the U.K., Goldman Sachs Group Inc. economist Ahmet Akarli wrote in a report published in 2008.

5 thoughts on “Look in the mirror Avigdor”