[Updated below] Whatever else can be said about the strained relationship between Barack Obama and Benjamin Netanyahu, one thing is clear: Obama seems intent on keeping Netanyahu off balance.

On Tuesday, Netanyahu announced he would be returning to Washington next week to attend Obama’s Nuclear Security Summit. Just days later, he had changed his mind, ostensibly because of “fears that a group of Muslim states, led by Egypt and Turkey, would demand that Israel sign up to the international Nuclear Non-Proliferation Treaty, or NPT,” Haaretz reported.

An earlier report in the Jerusalem Post, however, had raised that specific issue and said this would not deter the Israeli prime minister from attending the summit:

[O]ne main argument against participation was that Netanyahu’s presence at an international forum dealing with nuclear issues would inevitably draw attention to Israel’s own reported nuclear arsenal, as well as its policy of ambiguity on whether it has nuclear weapons.

Countries such as Egypt, Turkey and Saudi Arabia will certainly – as they do regularly at international nuclear forums – shine the spotlight on Israel and a perceived imbalance: Why is the world so keen on stopping Iran’s nuclear development program, but silent in the face of Israel’s reported nuclear arsenal?

One government official said Netanyahu’s decision to attend, despite this likely scenario, had been made because key issues affecting Israel would be discussed there, and it was important for the Jewish state’s voice to be heard – as well as the realization that Israel’s reported nuclear capacity would be an issue whether Netanyahu participated in the meeting or not.

Tauscher said that the US will strive to protect its allies and work against countries which violate the Non-Proliferation Treaty (NPT) such as North Korea, or countries that fail to meet their commitments to the international community such as Iran.

The under secretary of state stressed that Washington will adopt a “calculated ambiguity” policy towards countries which do not pose a threat to the US. Despite not explicitly pointing to Israel, it appears her statements were meant to reassure the Jewish state.

It’s unclear however, whether the administration’s “calculated ambiguity” was really meant to reassure Israel or do the opposite.

The United States is not on the brink of pushing Israel to sign the Nuclear Non-Proliferation Treaty but it could be signalling its willingness to see pressure applied by others as it provides a platform in Washington for such an effort. Moreover, in a little noted move, the Obama administration appears to be using a new diplomatic tool to signal that Israel’s days of “nuclear ambiguity” may be numbered: Israel’s nuclear scientists are now being shut out of the United States.

A report on the Hebrew NRG/Maariv website, under a headline, Dimona reactor workers not welcome in the US, says that workers at Israel’s Dimona nuclear research reactor who submitted visa requests to visit the United States for ongoing university education in physics, chemistry and nuclear engineering, have all been rejected, specifically because of their association with the Dimona reactor. According to the report, this is a new policy decision by the Obama administration, since reactor workers were until recently being issued visas to study in the US.

Update: Shortly after I posted this, Politico reported that the White House today denied that there has been any change in its visa policy. 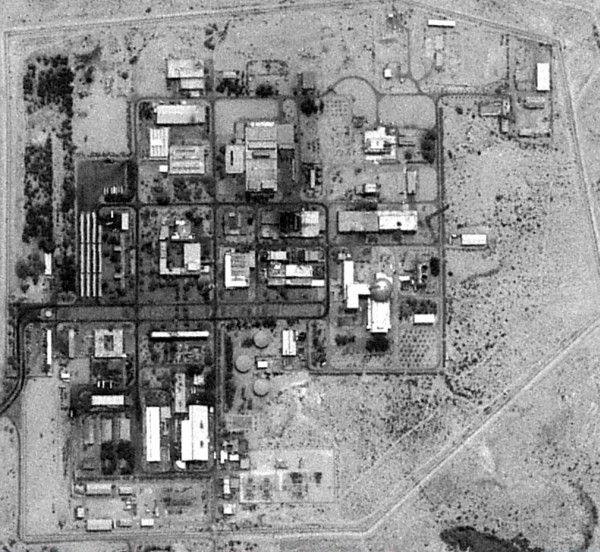 7 thoughts on “Is the US getting ready to push Israel to declare its nuclear status?”