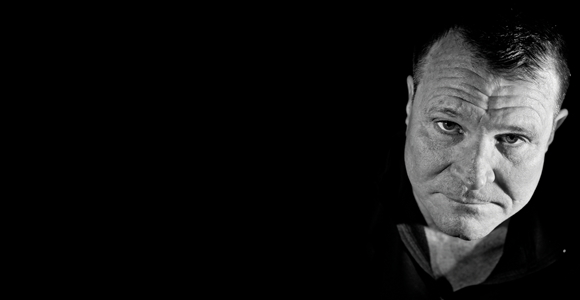 The one thing we know about President Obama’s view of the war on terrorism is that he doesn’t like the name. But when it comes to one of the longest running and unresolved debates — whether counter-terrorism is a law enforcement or a military issue — it’s unclear how far the current president departs, if at all, from his predecessor.

For Obama or anyone else considering that question, the case of the anthrax attacks in 2001 is instructive and if it is possible to deduce a “lesson learned” from this, it may well be that, as this administration demonstrates with some frequency, it is much easier to kill terrorist suspects than determine their guilt.

In the account laid out in by David Freed in The Atlantic, it appears that the United States Government with the willing assistance of the American media, when unable to prove that the American research scientist, Dr Steven J Hatfill, had any role whatsoever in the anthrax attacks, concluded that if under relentless pressure he eventually committed suicide, then his death could be regarded as an admission of guilt and the case could be closed.

The FBI’s efforts, if not by the letter of the law then at least in spirit, fall little short of attempted murder. The press were fully complicit in this exercise.

“I was a guy who trusted the government,” [Hatfill] says. “Now, I don’t trust a damn thing they do.” He trusts reporters even less, dismissing them as little more than lapdogs for law enforcement.

The media’s general willingness to report what was spoon-fed to them, in an effort to reassure a frightened public that an arrest was not far off, is somewhat understandable considering the level of fear that gripped the nation following 9/11. But that doesn’t “justify the sliming of Steven Hatfill,” says Edward Wasserman, who is the Knight Professor of Journalism Ethics at Washington and Lee University, in Virginia. “If anything, it’s a reminder that an unquestioning media serves as a potential lever of power to be activated by the government, almost at will.”

In February 2008, Reggie B. Walton, the U.S. District Court judge presiding over Hatfill’s case against the government, announced that he had reviewed secret internal memos on the status of the FBI’s investigation and could find “not a scintilla of evidence that would indicate that Dr. Hatfill had anything to do with” the anthrax attacks.

Four months later, the Justice Department quietly settled with Hatfill for $5.82 million. “It allowed Doc to start over,” Connolly, his lawyer, says.

For Hatfill, rebuilding remains painful and slow. He enters post offices only if he absolutely must, careful to show his face to surveillance cameras so that he can’t be accused of mailing letters surreptitiously. He tries to document his whereabouts at all times, in case he should ever need an alibi. He is permanently damaged, Hatfill says. Yet he still professes to love America. “My country didn’t do this to me,” he is quick to point out. “A bloated, incompetent bureaucracy and a broken press did. I wouldn’t be doing what I’m doing today if I didn’t still love my country.”

Much of Hatfill’s time these days is devoted to teaching life-saving medical techniques to military personnel bound for combat. They are his “band of brothers,” and the hours he spends with them, Hatfill says, are among his happiest. He also serves as an adjunct associate professor of emergency medicine at George Washington University.

Then there is his boat.

Hatfill has committed $1.5 million to building his floating genetic laboratory, a futuristic-looking vessel replete with a helicopter, an operating room to treat rural indigenous peoples, and a Cordon Bleu–trained chef. Hatfill intends to assemble a scientific team and cruise the Amazon for undiscovered or little-known plants and animals. From these organisms, he hopes to develop new medications for leukemia, and for tuberculosis and other diseases that have been growing increasingly resistant to existing antibiotics. Any useful treatments, he says, will be licensed to pharmaceutical companies on the condition that developing nations receive them at cost. Hatfill hopes to christen the boat within two years. Scientists at USAMRIID, where the FBI once suspected him of stealing anthrax, have expressed tentative interest in helping him mount his expedition.

In addition to suing the Justice Department for violating his privacy and The New York Times for defaming him, Hatfill also brought a libel lawsuit against Don Foster, Vanity Fair, and Reader’s Digest, which had reprinted Foster’s article. The lawsuit led to a settlement whose dollar amount all parties have agreed to keep confidential. The news media, which had for so long savaged Hatfill, dutifully reported his legal victories, but from where he stands, that hardly balanced things on the ledger sheet of journalistic fairness.

Three weeks after the FBI exonerated Hatfill, in the summer of 2008, Nicholas Kristof apologized to him in The New York Times for any distress his columns may have caused. The role of the news media, Kristof wrote on August 28, is “to afflict the comfortable and comfort the afflicted. Instead, I managed to afflict the afflicted.”

Many others who raised critical questions about Hatfill have remained silent in the wake of his exoneration. Barbara Hatch Rosenberg, the molecular biologist who spurred the FBI to pursue Hatfill, retired two years ago. Through a former colleague, she declined to be interviewed for this article. Jim Stewart, the television correspondent whose report compared Hatfill to Al Capone, left CBS in 2006. Stewart admitted in a deposition to having relied, for his report, on four confidential FBI sources. When I reached the former newsman at his home in Florida, Stewart said he couldn’t talk about Hatfill because he was entertaining houseguests. When I asked when might be a good time to call back, he said, “There isn’t a good time,” and hung up.

“The entire unhappy episode” is how Don Foster, the Vassar professor who wrote the Vanity Fair article, sums up Hatfill’s story and his own role in it. Foster says he no longer consults for the FBI. “The anthrax case was it for me,” he told me recently. “I’m happier teaching. Like Steven Hatfill, I would prefer to be a private person.”

Foster says he never intended to imply that Hatfill was a murderer, yet continues to stand by his reporting as “inaccurate in only minor details.” I asked if he had any regrets about what he’d written.

“On what grounds?” he asked.

Foster pondered the question, then said, “I don’t know Steven Hatfill. I don’t know his heartache. But anytime an American citizen, a journalist, a scientist, a scholar, is made the object of unfair or inaccurate public scrutiny, it’s unfortunate. It’s part of a free press to set that right.”

This past February, the Justice Department formally closed its investigation of the 2001 anthrax attacks, releasing more than 2,500 pages of documents, many of them heavily redacted, buttressing the government’s assertion that Bruce Ivins was solely responsible for the anthrax letters.

When I asked FBI spokesperson Debra Weierman how much money had been spent chasing Hatfill, she said the bureau was unable to provide such an accounting. She would neither confirm nor deny that the FBI ever opened any administrative inquiries into the news leaks that had defamed him. The FBI, she said, was unwilling to publicly discuss Hatfill in any capacity, “out of privacy considerations for Dr. Hatfill.” Weierman referred me instead to what she described as an “abundance of information” on the FBI’s Web site.

Information about the anthrax case is indeed abundant on the bureau’s Web site, with dozens of documents touting the FBI’s efforts to solve the murders. Included is a transcript of a press conference held in August 2008, a month after Ivins’s suicide, in which federal authorities initially laid out the evidence they had amassed against him. But beyond a handful of questions asked by reporters that day, in which his last name is repeatedly misspelled, and a few scant paragraphs in the 96-page executive summary of the case, there is no mention anywhere on the FBI’s Web site of Steven Hatfill.