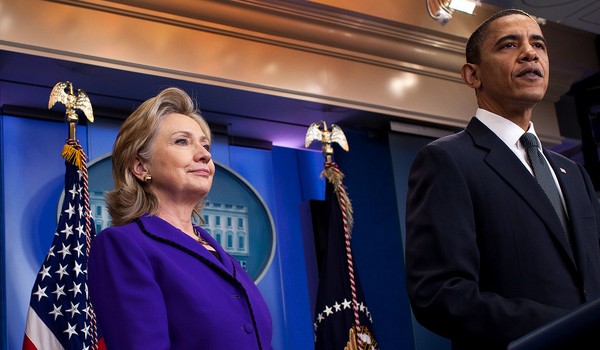 This week the Obama administration made what may come to be seen as a blunder of historic proportions. At a moment when tactical agility was a must, it stayed on course because it lacked the diplomatic finesse to show or perhaps even recognize the difference between being resolute and being inflexible.

The sanctions juggernaut plowed into the Iran diplomatic initiative masterminded by Brazil and Turkey and on the basis that these are “lesser” powers, Washington imagined its own agenda must be unstoppable. Or at least the administration felt compelled to bow in obedience to a fear that shackles every Democratic leader: the fear that flexibility will be seen as a sign of weakness.

Common sense and prudence made it clear that the smart way of responding to the new opening from Iran would have been with a cautious opening in return. Instead, Iran, Turkey and Brazil got the door slammed in their face. The calculation in Washington, no doubt, was that Iran, in its usual tempestuous style would swiftly reject the swap deal in the face of the continued threat of sanctions, and the diplomatic upstarts, Lula and Erdogan, would defer to the old world order.

Instead, it seems that Iran remains intent on seizing the initiative, will stick to the deal it signed and thereby demonstrate to the world that in the long-running nuclear dispute it is the United States that is now the intransigent party.

Turkey’s prime minister is seeking international support for a deal under which Iran would ship much of its low-enriched uranium to Turkey.

Recep Tayyip Erdogan’s office said Saturday he had written to the leaders of 26 countries saying the deal would resolve the nuclear standoff with Iran by way of diplomacy and negotiation. The countries included all permanent and non-permanent members of the UN Security Council.

Iran will submit an official letter to the IAEA on Monday morning conveying its acceptance of the uranium enrichment deal brokered by Turkey and Iran, state-run news agency IRNA reported on Friday, citing a statement by the country’s National Security Council.

“Following the joint declaration by Iran, Turkey and Brazil, permanent representative of the Islamic Republic of Iran at the IAEA officially announced its readiness to submit our country’s letter to the IAEA Chief per paragraph six of the Teheran Declaration,” the statement reportedly read.

Also on Friday, IRNA quoted a top Iranian cleric as saying that the deal was a “powerful response” that “put the ball in the West’s court.” He reportedly stated that far from being a ploy meant to facilitate enrichment for military use, the deal should be seen as a confidence-building measure.

Meanwhile in Turkey, UN Secretary-General Ban Ki-moon expressed hope that the deal reached last week would “open the door to a negotiated settlement” between Iran and Western nations, according to a Reuters report.

Ban reportedly called the enrichment agreement “an important initiative in resolving international tensions over Iran’s nuclear program by peaceful means.” He went on to praise Turkey’s role and cooperation with Brazil in negotiating the deal, stressing that the International Atomic Energy Agency (IAEA) would have to make its own assessment concerning the issue at hand.

At this point, it looks like Hillary Clinton has driven the United States into a diplomatic ditch.

The American mindset now as always fixes its attention on power and while the US remains the pre-eminent global power it assumes that it must have its way. But this fixation on power blinds Washington to a more important issue — one that provides the foundation for effective diplomacy, namely, trust.

This issue of trust, I believe, is the key to not just the Iranian nuclear crisis, but also other conflicts in the region, including the Arab-Israeli one. On all these issues, America has all the eye-catching instruments that give her full confidence: The world’s most powerful military, the largest diplomatic corps, and the most sophisticated brain power with plentitude of universities, institutes and think-tanks.

Yet, I am sorry to say, she terribly lacks the trust of the peoples of the Middle East. So, it would be only wise for her to rely more on the regional actors that do have that trust – such as the new Turkey of the 21st century.

The agreement on Iran’s nuclear fuel announced on Monday after mediation by the Turkish and Brazilian governments should be good news for those who seek to use the rule of law to prevent nuclear weapons proliferation. From both the American and Iranian perspectives the political dimension of the current dynamics is more important than the technical one. The accord should remind us that the style and tone in diplomatic processes is as important as substance.

Iran and its international negotiating partners have not reached agreement on Iran’s nuclear programs in the past half-decade, to a large extent because American- and Israeli-led concerns have been translated into an aggressive, accusatory, sanctions-and-threats-based style of diplomacy that Iran in turn has responded to with defiance.

Iran’s crime, in the eyes of its main critics in Washington and Tel Aviv (they are the two that matter most, as other Western powers play only supporting roles), is not primarily that it enriches uranium, but that it defies American-Israeli orders to stop doing so. (The Iranian response, rather reasonable in my view, is that it suspended uranium enrichment half a decade ago and did not receive the promises it expected from the United States and its allies on continuing with its plans for the peaceful use of nuclear technology. So why suspend enrichment again?)

The Iranians are saying, in effect, that this issue is about two things for them, one technical and one political: The technical issue is about the rule of law on nuclear nonproliferation and the right of all countries to use nuclear technology peacefully. The political issue is about treating Iran with respect, and negotiating with it on the basis of two critical phenomena: First, addressing issues of importance to Iran as well as those that matter for the American-Israeli-led states; and, second, actually negotiating with Iran rather than condescendingly and consistently threatening it, accusing it of all sorts of unproven aims, and assuming its guilt before it is given a fair hearing.

The age in which the non-Western world could be expected to show deference to the dictates of the dominant global powers is over. Western leaders must either humbly adapt to a world that has changed or suffer the humiliations that arrogance now invite.

6 thoughts on “Obama and Clinton’s choice: humility or humiliation?”