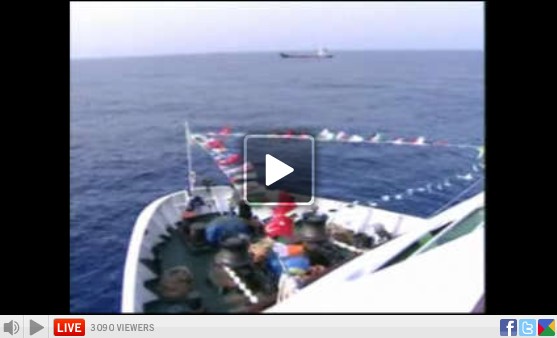 This is the camera being used by international news television broadcasters on board the Mavi Marmara Turkish passenger ship sailing to Gaza. Accompanying ships can also be seen during periods while news reports are not being broadcast. Most of the reporters appear to be Turkish, though there is also an Al Jazeera crew reporting in English.