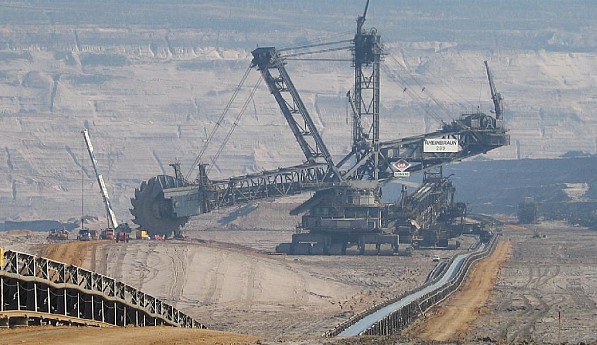 The latest news from Afghanistan is no cause for celebration. The New York Times reports:

The United States has discovered nearly $1 trillion in untapped mineral deposits in Afghanistan, far beyond any previously known reserves and enough to fundamentally alter the Afghan economy and perhaps the Afghan war itself, according to senior American government officials.

The previously unknown deposits — including huge veins of iron, copper, cobalt, gold and critical industrial metals like lithium — are so big and include so many minerals that are essential to modern industry that Afghanistan could eventually be transformed into one of the most important mining centers in the world, the United States officials believe.

An internal Pentagon memo, for example, states that Afghanistan could become the “Saudi Arabia of lithium,” a key raw material in the manufacture of batteries for laptops and BlackBerrys.

The vast scale of Afghanistan’s mineral wealth was discovered by a small team of Pentagon officials and American geologists. The Afghan government and President Hamid Karzai were recently briefed, American officials said.

While it could take many years to develop a mining industry, the potential is so great that officials and executives in the industry believe it could attract heavy investment even before mines are profitable, providing the possibility of jobs that could distract from generations of war.

After all, who wants fight a holy war when you could instead be risking your life for Rio Tinto or Anglo-American?

Mining is the quintessential parasitic relationship that humans have with this planet. As an exercise in plundering the resources of the earth, it’s natural that the enterprises engaged in this activity have a habit of giving far more attention to what they are in the business of acquiring, than they do to the means by which they acquire it. They have as little respect for their workers as they do for the environment.

The US officials who told the New York Times that Afghanistan is the new Eldorado, probably thought they were sharing “good news” from a place where that particular commodity is in a desperately short supply.

Afghans themselves now have reason to wonder whether after having succeeded for centuries in holding back imperial forces they are now in danger of falling victim to the most destructive possible takeover — by global mining conglomerates.

Some existential threats are imaginary or abstract but Afghanistan now faces a material and cultural threat that could ultimately prove more destructive than decades of war.

5 thoughts on “The latest threat to Afghanistan’s existence”