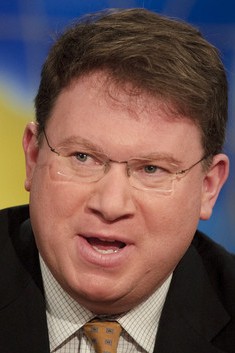 There are those who would have us believe that:

[O]ne day next spring, the Israeli national-security adviser, Uzi Arad, and the Israeli defense minister, Ehud Barak, will simultaneously telephone their counterparts at the White House and the Pentagon, to inform them that their prime minister, Benjamin Netanyahu, has just ordered roughly one hundred F-15Es, F-16Is, F-16Cs, and other aircraft of the Israeli air force to fly east toward Iran — possibly by crossing Saudi Arabia, possibly by threading the border between Syria and Turkey, and possibly by traveling directly through Iraq’s airspace, though it is crowded with American aircraft.

Worried about an Israeli attack on Iran? That’s the idea.

You must do what we can’t, because if you don’t, we will.

This is how some Israelis are trying to twist Washington’s arm to get the US to attack Iran.

A more honest way of making the argument would be to say this: If the US won’t attack Iran, then Israel will — even though it won’t accomplish its military objectives and it will open Pandora’s box. Desperate nations sometimes do desperate things. You have been warned.

Another name for this: blackmail.

It’s hard to counter an irrational argument when the irrationality is intentional. Such are the means by which someone like erstwhile Israeli army corporal and current Atlantic commentator, Jeffrey Goldberg, attempts to persuade his readers — not through cogent reasoning based on clear evidence, but by an insidious form of argument that has the clarity of slime.

Consider the way he tries to close his case for an attack on Iran — even while avoiding saying straight out that he supports such a course of action.

The United States must not take the risk of letting Israel attack Iran because if President Obama orders US forces to attack instead, this would be the most patriotic thing to do. Obama would not be serving Israel’s interests; he would be defending Western civilization.

Based on months of interviews, I have come to believe that the administration knows it is a near-certainty that Israel will act against Iran soon if nothing or no one else stops the nuclear program; and Obama knows — as his aides, and others in the State and Defense departments made clear to me — that a nuclear-armed Iran is a serious threat to the interests of the United States, which include his dream of a world without nuclear weapons. Earlier this year, I agreed with those, including many Israelis, Arabs — and Iranians — who believe there is no chance that Obama would ever resort to force to stop Iran; I still don’t believe there is a great chance he will take military action in the near future — for one thing, the Pentagon is notably unenthusiastic about the idea. But Obama is clearly seized by the issue. And understanding that perhaps the best way to obviate a military strike on Iran is to make the threat of a strike by the Americans seem real, the Obama administration seems to be purposefully raising the stakes. A few weeks ago, Denis McDonough, the chief of staff of the National Security Council, told me, “What you see in Iran is the intersection of a number of leading priorities of the president, who sees a serious threat to the global nonproliferation regime, a threat of cascading nuclear activities in a volatile region, and a threat to a close friend of the United States, Israel. I think you see the several streams coming together, which accounts for why it is so important to us.”

When I asked Peres what he thought of Netanyahu’s effort to make Israel’s case to the Obama administration, he responded, characteristically, with a parable, one that suggested his country should know its place, and that it was up to the American president, and only the American president, to decide in the end how best to safeguard the future of the West. The story was about his mentor, David Ben-Gurion.

“Shortly after John F. Kennedy was elected president, Ben-Gurion met him at the Waldorf-Astoria” in New York, Peres told me. “After the meeting, Kennedy accompanied Ben-Gurion to the elevator and said, ‘Mr. Prime Minister, I want to tell you, I was elected because of your people, so what can I do for you in return?’ Ben-Gurion was insulted by the question. He said, ‘What you can do is be a great president of the United States. You must understand that to have a great president of the United States is a great event.’”

Peres went on to explain what he saw as Israel’s true interest. “We don’t want to win over the president,” he said. “We want the president to win.”

The truth is that everyone gets to define their own interests so let’s ignore the obsequious crap from Peres and consider Goldberg’s core claim: that Israel is gearing up to strike Iran.

Even if Goldberg is participating in a neocon game of bluff, the only kind of bluff worth engaging in is one that has credibility. To make a credible argument that Israel has the intention of going it alone, Goldberg would have to present the outline of a credible plan of attack. He doesn’t even try.

Israeli planes would fly low over Saudi Arabia, bomb their targets in Iran, and return to Israel by flying again over Saudi territory, possibly even landing in the Saudi desert for refueling—perhaps, if speculation rife in intelligence circles is to be believed, with secret Saudi cooperation.

And he prefaces this “plan” by saying Israel only gets one try. That’s not even a back-of-an-envelope war plan. It’s more like a Twitter war plan.

Five years ago Kenneth Pollack dismissed the idea that Israel could attack Iran on its own. I don’t see any reason to doubt that his analysis on the military logistics of an attack still remains sound. Indeed, there seem to be plenty of Israeli analysts who concede that Israel simply does not have the option of going it alone. Even Goldberg quotes an unnamed Israeli general who says: “This is too big for us.”

In The Persian Puzzle: The Conflict Between Iran and America, Pollack wrote:

[T]he United States … should not count on Israel to conduct a counterproliferation strike for us. It is almost certainly the case that Israel would be willing to absorb the diplomatic costs of a strike, would be prepared to deal with Iran’s retaliation in the form of either terrorist attacks or missile strikes on Israel, and probably is not overly concerned about Iranian behavior in Iraq. The problem for Israel is much simpler: Iran is too far away. Most of the known Iranian nuclear facilities are around 1,000 miles away from Israel. Its Jericho II ballistic missiles could reach these targets, but they lack the payload, accuracy, and numbers to be able to significantly damage (let alone destroy) more than one or two of the large Iranian nuclear facilities, which leaves the matter to the Israeli Air Force. Even assuming that Israeli aircraft were to fly directly to Iran, overflying Jordan and Iraq, the only aircraft in its inventory that could reach Iran’s known nuclear sites are its 25 F-151 strike fighters. (Israel would need to set up aerial refueling stations at three to five locations between Israel and the Iranian targets for its roughly 350 F-16s to be able to participate, which would be practically impossible.) Because the F-151s would have to carry a considerable amount of fuel, they could not carry a great deal of ordinance. Given the size of the various Iranian nuclear facilities, it would not be possible for Israel to destroy all of them in a single raid as it did Osiraq. Nor would it be politically, militarily, or logistically possible for Israel to sustain multiple such strikes over the many days, if not weeks, it would take for all its F-151s to accomplish the job. [My emphasis.]

The neocon game of bluff will only box in the Obama administration if the Israeli “threats” are treated seriously. A more appropriate response would seem to be to focus on the limits of Israeli military action — unless that is one imagines that Israel would launch a nuclear attack on Iran, which to my mind is wildly implausible. (If Israel wants to permanently seal its global pariah status, the first offensive use of nuclear weapons since Nagasaki is a sure way.)

Goldberg reports, but apparently didn’t take seriously, the observations of some Israelis who given their positions of military command seem to merit close attention:

Gabi Ashkenazi, the Israeli army chief of staff, is said by numerous sources to doubt the usefulness of an attack, and other generals I spoke with worry that talk of an “existential threat” is itself a kind of existential threat to the Zionist project, which was meant to preclude such threats against the Jewish people. “We don’t want politicians to put us in a bad position because of the word Shoah [Holocaust],” one general said. “We don’t want our neighbors to think that we are helpless against an Iran with a nuclear bomb, because Iran might have the bomb one day. There is no guarantee that Israel will do this, or that America will do this.”

The message Netanyahu, Goldberg and other panic-stricken Zionists are unintentionally sending out is that come the day Iran acquires a nuclear weapon, Israelis may as well back their bags and abandon the Jewish state.

That probably won’t happen because in such an event Israel will “discover” what many Israelis no doubt already think: that retired General John Abizaid was right when he said that the United States and its allies can “live with” a nuclear-armed Iran. “Let’s face it — we lived with a nuclear Soviet Union, we’ve lived with a nuclear China, and we’re living with nuclear powers as well,” Abizaid told an audience at the Center for Strategic and International Studies.

That was true in 2007 and it’s true now. It’s also true that spineless politicians remain the playthings of fear-mongers who are addicted to war.