The top U.S. commander in Afghanistan said the planned burning of Qurans on Sept. 11 by a Florida church could put the lives of American troops in danger and damage the war effort.

Gen. David Petraeus said the Taliban would exploit the demonstration for propaganda purposes, drumming up anger toward the U.S. and making it harder for allied troops to carry out their mission of protecting Afghan civilians.

“It could endanger troops and it could endanger the overall effort,” Gen. Petraeus said in an interview with The Wall Street Journal. “It is precisely the kind of action the Taliban uses and could cause significant problems. Not just here, but everywhere in the world we are engaged with the Islamic community.”

On August 19, an internal warning issued by the FBI’s Jacksonville office stated:

The nature of this event… will likely garner the same, if not a larger, scale of international attention as historically similar events. This attention will most likely have political and national security implications which could involve the boycott of American goods and services, violent demonstrations within the United States and abroad, threats and/or acts of violence from terrorist organizations and/or lone extremist actors, and further segregation between the Muslim and non-Muslim American communities. 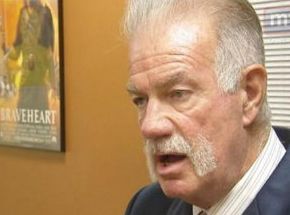 Even if the Dove World Outreach Center yields in response to the US government’s security concerns, much of the damage has already been done.

Pastor Terry Jones’ planned Quran burning is like every other act of book burning throughout history — from the actions of the Inquisition to those of the Nazis: a perverse celebration of ignorance.

There are countless books not worth reading but virtually none worth burning. Indeed, the very fact that individuals or groups of people feel driven to burn particular books, generally says less about those books than it does about the impoverished minds of the book burners.

Pastor Jones is presumably reveling in his fifteen minutes of fame, but in his cheap suit he should be seen for what he is: a member of a tawdry class of American religious hucksters who ply their trade by capitalizing on the ignorance in which too many unfortunate souls here pride themselves.

Here he is in action.