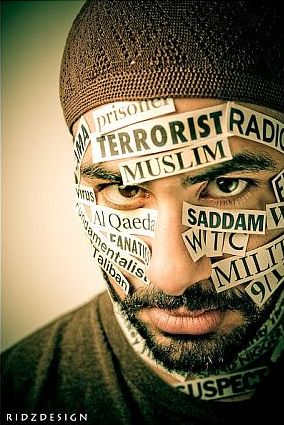 A burned Quran along with excrement-smeared pages from the holy book were found outside the Islamic Center of East Lansing, Michigan yesterday. The FBI have been called in to launch an investigation.

The same day, the Council on American-Islamic Relations (CAIR) called for federal hate crime charges to be brought against three men who allegedly painted the racist slur “sand n**gers” on a mosque in New York.

Earlier this week, CAIR called on the FBI to investigate recent vandalism at a mosque in Phoenix.

In recent months, mosques in California, Florida, Illinois, Kentucky, New York, Tennessee, Texas, and Wisconsin, have faced vocal opposition or have been targeted by hate incidents.

In an effort to sound the alarm during “one of those times that test our values,” Nicholas Kristof notes: “In America, bigoted comments about Islam often seem to come from people who have never visited a mosque and know few if any Muslims.”

He asks: “Is this America?”

Well, most Americans have never visited a mosque and know few if any Muslims.

If liberals such as Kristof and James Fallows are shocked about swelling Islamophobia in America, this may say less about the rise of bigotry than it says about the reluctance of members of America’s liberal elite to acknowledge that they do not represent mainstream America.

Why the reluctance? If one sees oneself as an influential figure — as belonging to that very select class of “opinion makers” (none more prestigious than a New York Times columnist) — yet it turns out that most people do not share your views, it also turns out that you have less influence than your status might suggest.

Kristof lays out some of the numbers that make it clear that Americans, in massive numbers, are delusional. He cites a Newsweek poll that indicates that 52% of Republicans believe President Obama wants to see Sharia law imposed in America and around the world. 24% of those polled believe Obama is a Muslim.

A Washington Post-ABC News poll indicates that 49% of Americans have generally unfavorable opinions about Islam and while these views have no doubt been shaped by the repetitive association made between Islam and terrorism, only 1% of Americans regard terrorism as the most important problem facing this country.

What this suggests is that undiluted Islamphobia has taken hold in the American consciousness over the last nine years. What initially might have simply been a fear of terrorism has gradually shifted into an a more pervasive aversion towards Muslims. Fear has metasticized, becoming a broadly tolerated anti-Muslim bigotry.

One in five Americans believe that most or many Muslims living in America support the goals of al Qaeda and Islamic fundamentalists.

Think about what that means if you’re a Muslim American flying inside this country. The chances are that one or two of the passengers in the same row think you’re a terrorist sympathizer (if not a terrorist).

Or think about it this way:

If you’re a non-Muslim American, the chance that you’ll run into a terrorist sympathizer as you go about your day is so small it can be discounted.

If you’re a Muslim American the chance you’ll run into a bigot every single day is so high it’s almost certain.