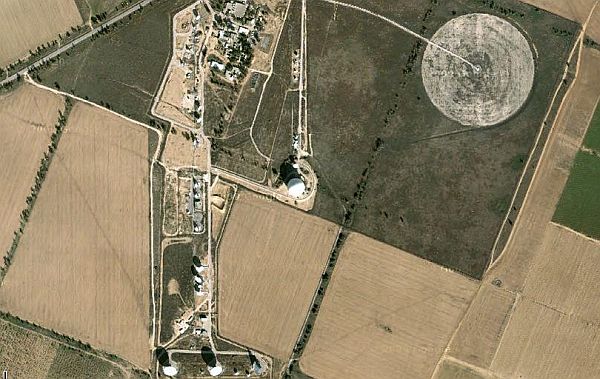 Israel’s most important intelligence-gathering installation is only a 30km drive into the Negev desert from Beersheba prison – where those taking part in the Gaza aid flotilla were briefly detained this June. The base, hidden until now, has rows of satellite dishes that covertly intercept phone calls, emails and other communications from the Middle East, Europe, Africa and Asia. Its antennas monitor shipping and would have spied on the aid ships in the days before they were seized.

Israel’s powerful position in the Middle East is often associated with its armed forces, nuclear weapons arsenal or covert (Mossad) operatives. But just as important is its intelligence gathering – monitoring governments, international organisations, foreign companies, political organisations and individuals. Most of this happens at the installation in the Negev a couple of kilometres to the north of the kibbutz of Urim. Our sources, close to Israeli intelligence, know the base first-hand. They describe lines of satellite dishes of different sizes, and barracks and operations buildings on both sides of the road (the 2333) that leads to the base. High security gates, fences and dogs protect the facility. As you can see on the internet, the satellite images of the base are quite clear. A practised eye easily discerns the signs of an electronic surveillance base. A large circle in the farmland shows the site of a direction-finding antenna (HF/DF) for monitoring shipping.

The Urim base was established decades ago to monitor Intelsat satellites that relay phone calls between countries. It expanded to cover maritime communications (Inmarsat), then rapidly targeted ever more numerous regional satellites. As such, says intelligence specialist Duncan Campbell, it is “akin to the UK-USA pact’s Echelon satellite interception ground stations”. The Echelon system is a network of interception stations around the world, set up in 1996 by the US, Britain, Canada, Australia and New Zealand. Satellite phones used by the Gaza-bound aid ships were easy targets for this hi-tech equipment.

3 thoughts on “How Israel eavesdrops on the world”