No, that isn’t meant to be some prophetic statement about the Islamization of Europe and the collapse of Western civilization. It’s simply a way of saying that what the West needs more than anything else is to find a way of redefining itself. None is more obvious than through seeing Turkey as the physical and metaphorical boundary which reveals that what we call the West only came into being and acquired its dynamic nature through its interactions with the rest of the world. The West, with a rippling eastern boundary and its abundance of vibrant ports is what it is by virtue of its ability to absorb what is foreign — not shield it out.

The easiest way Europe — and by extension the West — can redefine itself is by embracing Turkey and its dynamic role in the Middle East.

Turkish foreign policy used to be simple. Ever since Ataturk dragged the country into the modern world by driving out the sultan, adopting the Latin alphabet and abolishing the Muslim caliphate, the country has leant westwards. Since the second world war that has meant joining NATO (in 1952), backing the West against the Soviet Union and aspiring to join the European project. Like America, Turkey was also consistently pro-Israel.

It largely ignored the rest of its region, which includes most of the countries that were once part of the Ottoman empire. In his book “The New Turkish Republic”, Graham Fuller, a former CIA analyst and academic, recalls telling a Turkish friend that he was a Middle East expert, only to be asked, “so why are you in Turkey?” In similar vein, Turkish diplomats would tell their Western friends that “we live in a bad neighbourhood” and that “the Turk’s only friend is another Turk.”

Over the past few years all this has changed. Rather than feeling sorry for itself over its rough surroundings and lack of friends, Turkey has a new policy of “zero problems with the neighbours”. It is no longer carping at Armenia over its allegations of genocide in 1915 or reproaching the Arab world for its British-supported “stab in the back” in 1917-18. Instead it is cultivating new friendships in the region, offering trade, aid and visa-free travel. And far from backing Israel militarily and diplomatically, Turkey has become a leading critic. 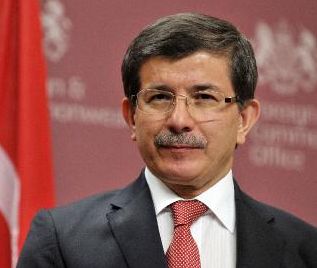 The man largely responsible for engineering this dramatic shift is Ahmet Davutoglu, Turkey’s foreign minister since 2009. Before that he was an international-relations adviser to Mr Erdogan. In 2001, before the AK government came to power, Mr Davutoglu published a book, “Strategic Depth”, that set out a new policy of engagement with the region. He rejects accusations that he is “neo-Ottoman”, yet his doctrine certainly involves rebuilding ties round the former Ottoman empire.

Mr Davutoglu is an engaging, bookish character with a formidable knowledge of history. He thinks that Turkey made a mistake by ignoring its backyard for so long, and he is convinced that its new strategy of asserting its interests, both in the region and in the world, makes his country more, not less, attractive to the West. Nothing infuriates him more than articles in Western publications suggesting that Turkey has tilted east, or even claiming that “we have lost Turkey.” “Who is we?” he asks. After all, Turkey maintains NATO’s biggest army after America’s; it is committed in Afghanistan and other trouble spots; and it is negotiating to join the EU. As Mr Davutoglu puts it, “Turkey is not an issue; it is an actor.” His country now matters more than ever to Europe and the West, he claims.