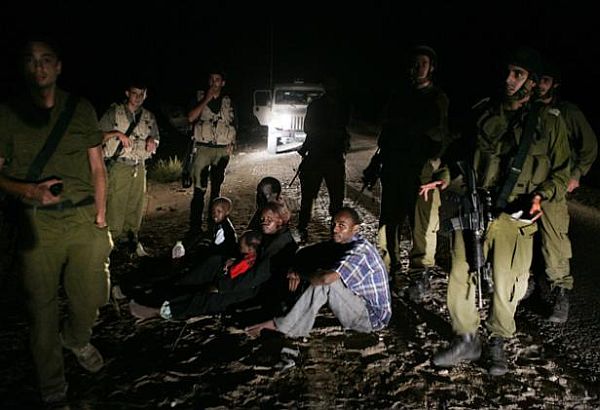 Jerusalem is ready to renew its offer to pay millions of dollars to any African or Western country willing to absorb the influx of migrants attempting to infiltrate Israel, a senior official said on Wednesday.

During deliberations with his political-security cabinet, Prime Minister Benjamin Netanyahu ordered the Foreign Ministry to renew its contacts with Western and African states to see if any would be willing to take in these migrant workers.

The Foreign Ministry has already held a round of talks on the matter with a number of states with whom Israel has diplomatic relations, but has not yet received a sufficient response to the request. Even those states willing to take in migrant workers are not prepared to absorb the numbers of people presented by Israel.

Netanyahu also ordered the defense establishment to begin immediate construction of a barrier on the Egyptian border and said he expected a report on the matter within a month. The works were due to start in July, but following disagreements on budgeting have been delayed by over three months.

The premier also said that alternatives needed to be found to reduce the flow of infiltrators before the barrier was in place.

The barrier is meant to prevent Islamic militants, drug dealers, African migrants and other asylum seekers from entering Israel from Egypt. At least 1,000 people enter the country illegally from Egypt each month, according to Israeli estimates.

1 thought on “Israel wants to expel thousands of African refugees”