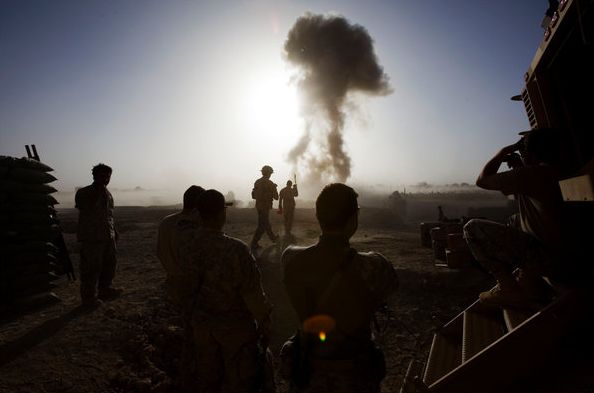 Hundreds and maybe thousands of Afghan homes are being bulldozed, blown up or hit by missile strikes in the effort to drive the Taliban out of the Kandahar region. As well as individual houses, whole villages have been destroyed. “We had to destroy them to make them safe,” the district governor, Shah Muhammed Ahmadi, is quoted telling the New York Times.

In the newly won districts around this southern city, American forces are encountering empty homes and farm buildings left so heavily booby-trapped by Taliban insurgents that the Americans have been systematically destroying hundreds of them, according to local Afghan authorities.

The campaign, a major departure from NATO practice in past military operations, is intended to reduce civilian and military casualties by removing the threat of booby traps and denying Taliban insurgents hiding places and fighting positions, American military officials said.

While it has widespread support among Afghan officials and even some residents, and has been accompanied by an equally determined effort to hand out cash compensation to homeowners, other local people have complained that the demolitions have gone far beyond what is necessary.