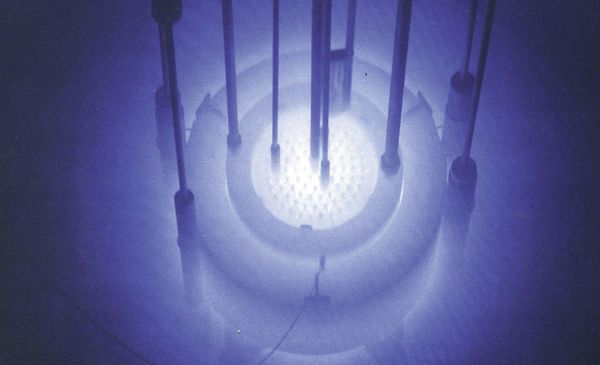 On the eve of the release of a new IAEA report on Iran, officials linked to the UN nuclear oversight agency have added to speculation on the possible impact that the Stuxnet malware may have had on Iran’s nuclear program — including the possibility that it could lead to the meltdown of the reactor in the Bushehr nuclear power plant.

The diplomats said they had no specifics on the nature of the problem that in recent months led Iranian experts to briefly power down the machines they use for enrichment — a nuclear technology that has both civilian and military uses.

But suspicions focused on the Stuxnet worm, the computer virus thought to be aimed at Iran’s nuclear program, which experts last week identified as being calibrated to destroy centrifuges by sending them spinning out of control.
[…]
Tehran has taken hundreds of centrifuges off line over the past 18 months, prompting speculation of technical problems.

A U.N official close to the IAEA said a complete stop in Iran’s centrifuge operation would be unprecedented to his knowledge but declined to discuss specifics.
[…]
Separately, another official from an IAEA member country suggested the worm could cause further damage to Iran’s nuclear program.

The official also asked for anonymity because his information was privileged. He cited a Western intelligence report suggesting that Stuxnet had infected the control system of Iran’s Bushehr reactor and would be activated once the Russian-built reactor goes on line in a few months.

Stuxnet would interfere with control of “basic parameters” such as temperature and pressure control and neutron flow, that could result in the meltdown of the reactor, raising the specter of a possible explosion, he said.

4 thoughts on “Stuxnet could cause Bushehr meltdown”